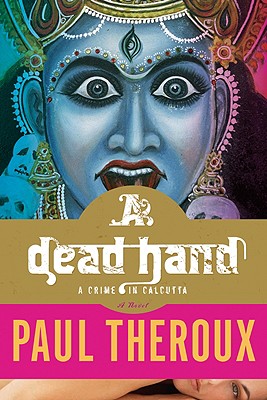 A Crime in Calcutta

Jerry Delfont leads an aimless life in Calcutta, struggling in vain against his writer's block, or 'dead hand,' and flitting around the edges of a half-hearted romance. Then he receives a mysterious letter asking for his help. The story it tells is disturbing: A dead boy found on the floor of a cheap hotel, a seemingly innocent man in flight and fearing for reputation as well as his life.

Before long, Delfont finds himself lured into the company of the letter's author, the wealthy and charming Merrill Unger, and is intrigued enough to pursue both the mystery and the woman. A devotee of the goddess Kali, Unger introduces Delfont to a strange underworld where tantric sex and religious fervor lead to obsession, philanthropy and exploitation walk hand in hand, and, unless he can act in time, violence against the most vulnerable in society goes unnoticed and unpunished.

An atmospheric and masterful thriller from "the most gifted, the most prodigal writer of his generation" (Jonathan Raban).


Praise For A Dead Hand: A Crime in Calcutta…

"...the real pleasure is Theroux’s talent for rendering place and his irreverent comments on everything from the British royals to pop culture, aging, and yes, the venerable Mother Teresa."
-- Publishers Weekly   "A novel of extremes—rationality and obsession, humanitarianism and selfishness, ecstasy and heartlessness."
-- Kirkus Reviews   "...an abundance of richly drawn characters...Theroux has used his travel writer's eye and ear and his novelist's imagination to craft a tense, disturbing, funny and horrifying book around all of them."
-- San Francisco Chronicle   "Theroux brings his best gifts as a travel writer to one of his walk-on-the-dark-side fables of masked identity and psychosexual quest…[His] writing is as feline and agile as ever, and his calibration of clue and revelation is nicely meted out…this story will lure you in, from its whodunit setup to its swift, unexpectedly visionary close."
-- The Seattle Times