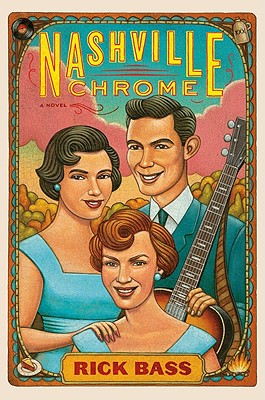 Late in 1959, the Brown siblings Maxine, Bonnie, and Jim Ed were enjoying unprecedented international success, rivaled only by their longtime friend Elvis Presley. They had a bona fide megahit on their hands, which topped both the country and pop charts and gave rise to the polished sound of the multibillion dollar country music industry we know today. Mesmerized by the Browns haunting harmonies, the Beatles even tried to learn their secret. Their unique harmony, however, was only achievable through shared blood, and the trio's perfect pitch was honed by a childhood spent listening for the elusive pulse and tone of an impeccably tempered blade at their parent's Arkansas sawmill.
But the Browns celebrity couldn t survive the world changing around them, and the bonds of family began to fray along with the fame. Heartbreakingly, the novel jumps between the Browns promising past and the present, which finds Maxine once supremely confident and ravenous in her pursuit of applause ailing and alone. As her world increasingly narrows, her hunger for just one more chance to secure her legacy only grows, as does her need for human connection.
Lyrical and nuanced, "Nashville Chrome" hits all the right grace notes with its vivid evocation of an era in American music, while at its heart it is a wrenching meditation on the complexities of fame and of one family forgotten yet utterly unforgettable when reclaimed by Bass who experienced them firsthand.

“Rick Bass deftly weaves the true and fictional into a wonderful novel of the rise and fall of one of country music’s greatest acts—the Browns. It’s as lyrical, plaintive, and true as the best country music, which is exactly what the Browns made.  Nashville Chrome is a great celebration of the Browns, and above all, a terrific read.”
—Thomas Cobb author of Crazy Heart and Shavetail