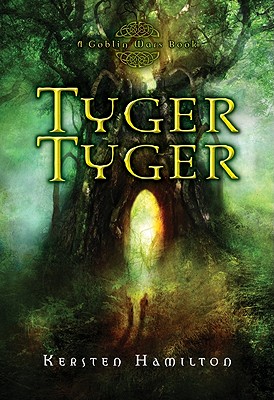 “For a young girl living in Chicago, Teagan Wylltson's biggest troubles include catching the bus on time, keeping her rooftop hideout private from her little brother, and good-naturedly accepting her best friends overdramatic tendencies. Then, Finn Mac Cumhaill arrives, and with the arrival of this aloof cousin comes a string of troubles, the likes of which Teagen could have never predicted. With only Finn's assurance and her own quick thinking, Teagan journeys with Finn and her younger brother into the deepest realms of another world -- a world full of dark magic and ancient creatures -- a world which has trapped her father and threatens her very existence!”
— Katie Capaldi, McLean & Eakin Booksellers, Petoskey, MI
View the List

Teagan Wylltson's best friend, Abby, dreams that horrifying creatures--goblins, shape-shifters, and beings of unearthly beauty but terrible cruelty--are hunting Teagan. Abby is always coming up with crazy stuff, though, so Teagan isn't worried. Her life isn't in danger. In fact, it's perfect. She's on track for a college scholarship. She has a great job. She's focused on school, work, and her future. No boys, no heartaches, no problems.
Until Finn Mac Cumhaill arrives. Finn's a bit on the unearthly beautiful side himself. He has a killer accent and a knee-weakening smile. And either he's crazy or he's been haunting Abby's dreams, because he's talking about goblins, too . . . and about being The Mac Cumhaill, born to fight all goblin-kind. Finn knows a thing or two about fighting. Which is a very good thing, because this time, Abby's right. The goblins are coming.

Kersten Hamilton is the author of several picture books and many middle grade novels. When she's not writing, she hunts dinosaurs in the deserts and badlands outside of Albuquerque, New Mexico, where she lives. This is her first novel for young adults. For more about Kersten, please visit www.kerstenhamilton.com.

"Laced with humor, packed with surprises and driven by suspense, the plot grabs readers from the start using the stylistic tactics of the best fantasy writing. . . . Buy this novel for readers of Franny Billingsley and Dia Calhoun as well as fans of urban fantasy."—Kirkus Reviews, starred review

"Ancient Irish myths and legends mix and mingle with the modern world in this fast-paced fantasy. . . . Hamilton has created characters who are quirky and complex. Their stories are tightly woven together and riveting, and readers will look forward to the next installment in the series".—School Library Journal, starred review


"[A] promising new series. . . . The hints of a tragic fate will keep romance fans reading, while the promise of more magical thrills involving Irish folklore will draw in others."—Booklist "[An] engaging adventure. . . . Even the most myth-savvy readers will revel in the clever twists and surprises."—Publishers Weekly

"A gentle, mystical story that manages to entwine Irish folklore and first love. An easy read, it is written with an abundance of simple but beautiful descriptive language. . . . The characters are feisty and appealing, and this reviewer looks forward to how the author will develop them throughout the series."—VOYA