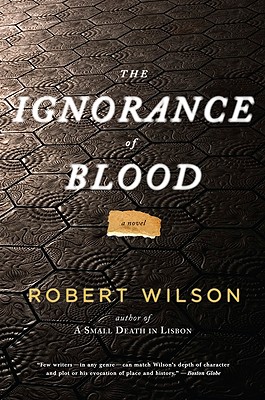 As a sweltering Seville recovers from the shock of a terrorist attack, Inspector Jefe Javier Falcón is struggling to find the bombers. The death of a gangster in a spectacular car crash offers vital evidence implicating the Russian mafia in his investigation, but it pitches Falcón into the heart of a turf war over prostitution and drugs. Now the target of vicious hoods, Falcón finds those closest to him are also coming under intolerable pressure: his best friend, who’s spying for the Spanish government, reveals that he is being blackmailed by Islamist extremists, and Falcón’s own lover suffers a mother’s worst nightmare. He might be able to bring the perpetrators of the bombing to justice, but there will be a devastating price to pay.

Praise For The Ignorance of Blood (Javier Falcón Books)…

Praise for THE HIDDEN ASSASSINS "The Hidden Assassins, the third Falcón thriller, once again demonstrates that few writers—in any genre—can match Wilson's depth of character and plot or his evocation of place and of history."—Boston Globe "Modern terrorism is uppermost in the minds of those who populate Robert Wilson’s new novel, but the engines driving The Hidden Assassins through to its satisfying, nuanced finish are old human emotions: greed, obsession, love."—Washington Post Book World "A complicated, disturbing novel for complicated, disturbing times."—USA Today

ROBERT WILSON is the author of numerous novels, including The Company of Strangers and A Small Death in Lisbon, which won the Gold Dagger Award as Best Crime Novel of the Year from Britain’s Crime Writers’ Association. A graduate of Oxford University, he has worked in shipping, advertising, and trading in Africa, and has lived in Greece, Portugal, and West Africa.