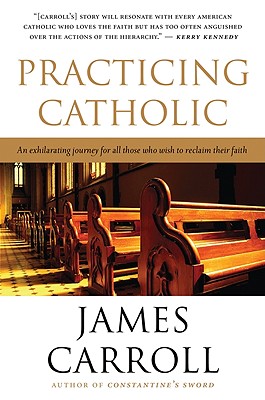 A clear-eyed and personal examination of the Catholic faith, its leaders, and its complicated history by National Book Award–winner James Carroll

James Carroll turns to the notion of practice—both as a way to learn and a means of improvement—as a lens for this thoughtful and frank look at what it means to be Catholic. He acknowledges the slow and steady transformation of the Church from its darker, medieval roots to a more pluralist and inclusive institution, charting along the way stories of powerful Catholic leaders (Pope John XXIII, Thomas Merton, John F. Kennedy) and historical milestones like Vatican II. These individuals and events represent progress for Carroll, a former priest, and as he considers the new meaning of belief in a world that is increasingly as secular as it is fundamentalist, he shows why the world needs a Church that is committed to faith and renewal.