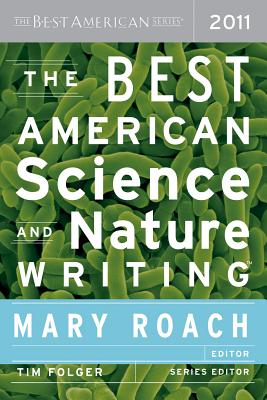 The Best American series is the premier annual showcase for the country’s finest short fiction and nonfiction. Each volume’s series editor selects notable works from hundreds of magazines, journals, and websites. A special guest editor, a leading writer in the field, then chooses the best twenty or so pieces to publish. This unique system has made the Best American series the most respected—and most popular—of its kind.
The Best American Science and Nature Writing 2011 includes
Atul Gawande, Jonathan Franzen, Deborah Blum, Malcolm Gladwell, Oliver Sacks, Jon Mooallem, Jon Cohen, Luke Dittrich, and others

Mary Roach is the best-selling author of Stiff, Spook, Bonk, and most recently, Packing for Mars. Her writing has appeared in Salon, Wired, Outside, GQ, Discover, Vogue, and the New  York Times Magazine.