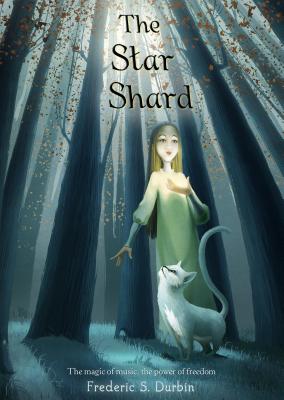 This beautifully written fantasy tackles the issues of slavery and freedom.Twelve-year-old Cymbril is a slave on Thunder Rake, a gigantic wagon city that rolls from town to town carrying goods to be sold by its resident merchants. The Rake's master purchases a new slave, a mysterious boy named Loric who is one of the magical Fey. Because he can see in the dark, Loric's duty is to guide the Rake through the treacherous wilderness at night.Cymbril and Loric secretly join forces to plan their escape--soon the two friends thread their way through a series of increasing dangers, encountering an enchanted market and deadly monsters as their one chance for freedom draws nearer.

Praise For The Star Shard…

"Durbin has created a world that, though mainly confined to a single mobile city, comes alive with fantastic creatures and a varied cast of supporting characters."--Booklist

Frederic S. Durbin was born in Illinois but has called Japan home since he moved there to teach ESL in 1988. This is his first novel for children.
Loading...
or
Not Currently Available for Direct Purchase