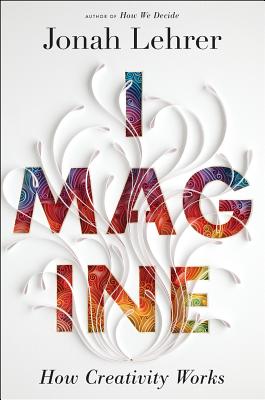 Did you know that the most creative companies have centralized bathrooms? That brainstorming meetings are a terrible idea? That the color blue can help you double your creative output?
From the "New York Times "best-selling author of "How We Decide" comes a sparkling and revelatory look at the new science of creativity. Shattering the myth of muses, higher powers, even creative types, Jonah Lehrer demonstrates that creativity is not a single gift possessed by the lucky few. It's a variety of distinct thought processes that we can all learn to use more effectively.
Lehrer reveals the importance of embracing the rut, thinking like a child, daydreaming productively, and adopting an outsider's perspective (travel helps). He unveils the optimal mix of old and new partners in any creative collaboration, and explains why criticism is essential to the process. Then he zooms out to show how we can make our neighborhoods more vibrant, our companies more productive, and our schools more effective.
You ll learn about Bob Dylan's writing habits and the drug addictions of poets. You ll meet a Manhattan bartender who thinks like a chemist, and an autistic surfer who invented an entirely new surfing move. You ll see why Elizabethan England experienced a creative explosion, and how Pixar's office space is designed to spark the next big leap in animation.

Collapsing the layers separating the neuron from the finished symphony, "Imagine "reveals the deep inventiveness of the human mind, and its essential role in our increasingly complex world.


Praise For Imagine: How Creativity Works…

"Not many writers can make plausible links among musicians Bob Dylan, Yo-Yo Ma and David Byrne, animators at Pixar, neuroscientists at MIT, an amateur bartender in New York, entrepreneurs in Silicon Valley and Israeli army reservists. Not many reporters do research about an expert surfer who has Asperger’s, information theorists, industrial psychologists and artists. But Jonah Lehrer is such a writer-reporter, who weaves compelling and surprising connections based on detailed investigation and deep understanding. He says that working memory is an essential tool of the imagination, and his book is an excellent example of how a dynamic storehouse of captivating information feeds creative thinking and writing....IMAGINE doesn’t offer a prescription for how we are to become more imaginative, but it does emphasize some key ingredients of a creative culture: taking education seriously, increasing possibilities for human mixing and cultivating a willingness to take risks. Lehrer practices what he preaches, showing an appetite for learning, a determined effort to cross fields and disciplines, and a delight in exploring new possibilities. Reading his book exercises the imagination; the rest is up to us."—Washington Post

JONAH LEHRER is a contributing editor at "Wired" and a frequent contributor to "The New Yorker." He writes the Head Case column for the" Wall Street Journal" and regularly appears on WNYC s "Radiolab." His writing has also appeared in "Nature," the" New York Times Magazine," "Scientific American, " and "Outside." The author of two previous books, "Proust Wasa Neuroscientist" and "How We Decide, " he graduated from Columbia University and attended Oxford as a Rhodes scholar."