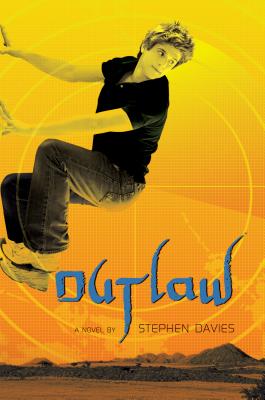 A high-tension, high-tech thriller with an African setting.Jake and his sister, Kas, whose father is the British ambassador to Burkina Faso, are abducted, bundled into a van, and driven into the unknown. In smartphone contact with his father, Jake learns that the kidnapper with the spider web tattoo is the remorseless outlaw Yakuuba Sor, who is connected to an international terrorist organization. But is he the real Yakuuba Sor? And is Sor really a dangerous criminal? In this fast-paced tale laced with trickery and murder, Jake and Kas discover that with the corrupt local government and British Intelligence arrayed against them, survival in the African desert may be the least of their problems. Includes an afterword.

"The outlaw at the heart of the plot, Yakuuba Sor, brings a heartening complexity and morality to this seldom-seen setting. Nonstop action in the African desert"-Kirkus "This thriller is a great way to get readers hooked while introducing them to the issues affecting contemporary Africa." -School Library Journal, starred review "Nonstop action will please thriller fans."--Bulletin

Stephen Davies, a missionary, lives with his wife and daughter among Fulani cattle herders in West Africa. He has been involved in the setup of a Fulfulde radio station which will broadcast news, griot music, and agricultural advice. In 2003 he won Africa Geographic's "Travel Writer of the Year" competition and in 2006 received the Glen Dimplex New Writers Children's Book Award. This is his second novel to be published in the U.S. He also writes "Letters from Burkina Faso" for the Guardian Weekly and occasionally for the Sunday (London) Times. His website is www.voiceinthedesert.org.uk.
Loading...
or
Not Currently Available for Direct Purchase