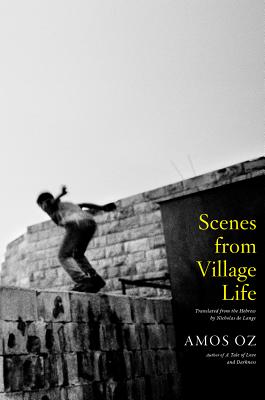 “Informed by everything, weighed down by nothing, this is an exquisite work of art.” —The Scotsman

Strange things are happening in Tel Ilan, a century-old pioneer village. A disgruntled retired politician complains to his daughter that he hears the sound of digging at night. Could it be their tenant, that young Arab? But then the young Arab hears the digging sounds too. Where has the mayor’s wife gone, vanished without trace, her note saying “Don’t worry about me”? Around the village, the veneer of new wealth—gourmet restaurants, art galleries, a winery—barely conceals the scars of war and of past generations: disused air raid shelters, rusting farm tools, and trucks left wherever they stopped. Scenes from Village Life is a memorable novel-in-stories by the inimitable Amos Oz: a brilliant, unsettling glimpse of what goes on beneath the surface of everyday life.

Translated from the Hebrew by Nicholas de Lange


Praise For Scenes from Village Life…

A "thought provoking collection... Filled with tension and allegory, Oz's perceptive tales explore the nuance and alienation of transitioning states."
--Booklist
"Finely wrought... Oz writes characterizations that are subtle but surgically precise, rendering this work a powerfully understated treatment of an uneasy Israeli conscience."
-Publishers Weekly, starred "Highly recommended."
-Library Journal, starred
UK Praise for SCENES FROM VILLAGE LIFE:
"An impressive and very affecting achievement...These stories, in their humanity, may do more for Israel than any of the decisions we have been led to expect of its leaders in the months to come."
-New Statesman
"One of the most powerful books you will read about present-day Israel."
-Jewish Chronicle
or
Not Currently Available for Direct Purchase
Copyright © 2020 American Booksellers Association