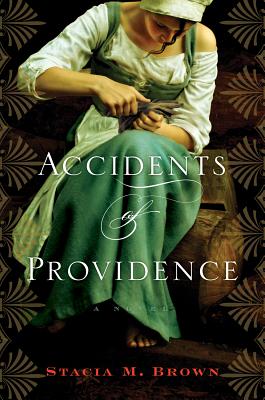 Rachel Lockyer is under investigation for murder.

It is 1649. King Charles has been beheaded for treason. Amid civil war, Cromwell's army is running the country. The Levellers, a small faction of political agitators, are calling for rights to the people. And a new law targeting unwed mothers and “lewd women” presumes anyone who conceals the death of her illegitimate child is guilty of murder.

Rachel Lockyer, unmarried glove maker, and William Walwyn, Leveller hero, are locked in a secret affair. But while William is imprisoned in the Tower, a child is found buried in the woods and Rachel is arrested.

So comes an investigation, public trial, and a cast of extraordinary characters made up of ordinary Londoners: gouty investigator Thomas Bartwain, fiery Elizabeth Lilburne and her revolution-chasing husband, Huguenot glover Mary Du Gard, a lawyer for the prosecution hell-bent on making an example of Rachel, and others. Spinning within are Rachel and William, their remarkable love story, and the miracles that come to even the commonest lives.

Accidents of Providence is absorbing historical fiction for fans of Fingersmith and The Dress Lodger. And Rachel Lockyer, a woman wronged by her time, is a character neither history, nor we, will ever again forget.

Stacia M. Brown holds graduate degrees in religion and historical theology from Emory University. She began writing Accidents of Providence from research conducted for her dissertation on martyrs in seventeenth century England.


Praise For Accidents of Providence…

"Dangerous Liaisons: A 17th century heroine for our times...[A] delightfully seditious heroine...Brown introduces a wonderful cast of supporting characters.... For all its period detail, this debut seems remarkably modern in its depiction of love and politics—proof that a historical novel can be educational and entertaining, and nothing like homework."
—O, The Oprah Magazine"A heart-poundingly vivid, intellectually provocative account. . . A romping good read that is character-driven yet intellectually provocative on issues of law, religion and morality—historical fiction at its best."
—Kirkus, STARRED review"Debut novelist Brown has woven an absorbing tale...her story reveals a rich knowledge of the era with memorable characters, sharp, period-worthy dialog, and a poignant love story...This is the best kind of historical fiction—a combination of love story and murder mystery, wtih a sprinkling of intriguing historical snippets and wonderful writing."
—Library Journal, STARRED review"Intelligent, masterful, suspenseful—one of the best books I've read in years. An impressive debut novel from a hugely talented new writer, Accidents of Providence was a rare treat."
—Margaret George, author of many works of historical fiction, including Mary Queen of Scotland and the Isles"With this marvelous story written in searing prose, Stacia Brown brings us a deeply human, super-smart, uncommonly well-researched historical novel. Accidents of Providence tackles hypocrisy, both sexual and political, and invites us into the revolutionary taverns and chaotic courtrooms of civil-war-torn London, introducing us to the faithful and adulterous, the idealists and opportunists, of an era not so unlike our own. Don't miss it!"
—Sheri Holman, author of The Dress Lodger, among others "Stacia Brown's debut novel, Accidents of Providence, richly illuminates an important but little known period of history: that of the English Leveller society. Wonderfully detailed and keenly researched, it is a moving portrait of a courageous woman caught between a disastrous affair with a charismatic revolutionary and the draconian laws of the land that would put her to death because of it."
—Kathleen Kent, author of The Heretic's Daughter "Accidents of Providence is historical fiction at its best. It is absolutely steeped in atmosphere and so vividly re-creates the interregnum era that I felt as though I'd been transported there. Brown's prose has a beautiful originality. Her characters come alive with authenticity and humanity; they are loveable and infuriating, but the reader always believes in them, and invests hopes and fears with them. The story kept me gripped from the very first page—by turns desperately sad, funny, and heartwarming. It is a breath of fresh air. I loved it!"
—Katherine Webb, author of The Legacy

What do we know about Rachel Lockyer? “They knew her less for who she was than for who and what she was not. She was not a matron. She was not a mother. She was not well educated. She was not much of a Christian” (p. 39). Was she any of the things others thought she wasn’t? What did Rachel believe in? By what standards did she define herself? By what sort of standards do you define yourself and others?

Why was the 1624 Act to Prevent the Destroying and Murdering of Bastard Children created? What are the details of it? What are its flaws and its loopholes? Was it right for Rachel to be prosecuted according to its writ?

Criminal Investigator Thomas Bartwain firmly believes that “The law is itself the end. The law is beautiful; the law is order. If we have not law, we have nothing” (p. 94). Yet by the end of the novel he admits that “the law is wrong” (p. 179). In the course of reaching this conclusion Bartwain is influenced by a variety of experiences. Beyond his assessment of Rachel’s case, he had some meaningful conversations with his wife, a distracting and distressing battle with the mice in his house, and increasingly severe physical ailments. What do you think most influenced his change of opinion? What do you think was his role in the novel?

Compare the infant-murder trials of early modern England to the witch hunts of colonial North America. What were their religious roots? Did they emphasize punishment for sin, or for the concealment of sin? What does that distinction mean?

“You are a mother when you have lost something. When you have felt the change and cannot hold it,” Mary tells Rachel (p. 183). When do you believe someone becomes a mother? Was Rachel a mother? How does her experience of motherhood differ from the other women in the book?

On page 72, Rachel and Walwyn have an argument about the punishment of a boy convicted of stealing food. Rachel doesn’t seem to think it’s as “barbaric” as Walwyn claims. Did her attitude on this issue—and other political issues the Levelers take up—surprise you? What did you think of Rachel’s political views in general and how they, and her place in this tumultuous political period, were presented?

Rachel’s friendship with Elizabeth Lilburne, her place in Mary du Gard’s home and work, and her relationship with her mother all place her within reach of support from other women. Does she get this support? In what ways? Does this story make you think further about the level of responsibility we should feel for each other’s lives and welfare? For the lives of the children in our communities?

On page 176, in a final desperate attempt to save her, Walwyn offers his life in exchange for Rachel’s. Why does Bartwain believe Walwyn’s life is “worth more”? When do you think one person’s life is worth more than another’s? Would your opinions be different if you lived during the period in which this book is set?

Rachel Lockyer has few connections to the world around her: her only strong family tie was to her brother Robert. How do you think Robert’s death (described in chapter eight) affected her later decisions? What about her estranged relationship from her mother? How does Rachel’s position in the community—her work as a tradeswoman, her unmarried status—affect how she is perceived by the other characters in the book? By her accusers and the public?

Were you frustrated by Rachel’s refusal to explain what had happened or to defend herself to Bartwain or in court? Why do you think she kept silent?

“You saved me,” Walwyn tells Rachel. “You are wholly good” (p. 152). How did Walwyn and Rachel save each other? Do you believe Rachel is good? Can anyone be “wholly” good

Mary du Gard plays a small but vital role in Rachel’s saga. The novel begins and ends with her perspective. Why do you think the author chose to have Mary bookend the story?

Are there parallels between the birth and death of Rachel’s child (p. 209) and her own “death”? If so, do you draw any significance from those parallels? What do you make of the role of miracles in this story, religiously, politically, and mythically?

“…for whatever green shoots might by some accident of providence have thrust their spindly arms up from the barren soil overnight” (p. 73). Did you notice “accidents of providence” in the book? Is this an apt title? What does it mean for providence to admit to accidents, here and in your own life?