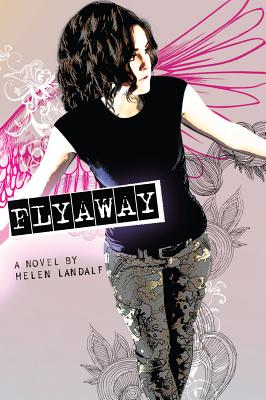 Stevie Calhoun knows how to take care of herself. It’s not like her mom hasn’t disappeared before. So why is Aunt Mindy making such a big deal of it now? It’s not like Mom’s really doing meth. Stevie makes sure of that. Whatever. She’ll go home with Aunt Mindy if it will keep her from calling Child Protective Services—but it doesn’t mean she’ll stay. Mom will come back. Mom always comes back. And Stevie will be there when she does.But when Stevie meets Alan—frustrating and fascinating and so-different-from-everyone-she-knows Alan—and she starts helping out at the bird rehab center, things begin to look different. Even the tutoring and the ridiculous outfits Aunt Mindy’s forcing her into might not be so bad. Not that Stevie would say it out loud. She can’t. Because how can anything be good if it doesn’t include Mom?

"Watching Stevie, a loving person at heart, struggle with her freshman year, family, friendships, and her future during her time at her aunt’s in Seattle is ultimately encouraging, and the fact that she wonders how she is supposed to worry about college when she doesn’t "even know where [she’ll] be living next week" is both authentic and relatively—and refreshingly—tame compared to the extreme dilemmas faced by so many troubled teens in similar titles."—Booklist"Flyaway is so good I read it in one sitting. I had intended to set it aside for later, but I read the first sentence, and then the next, and by then it was too late; I was hooked!"—Han Nolan, National Book Award winner
"Fans of Ellen Hopkins and Jay Asher: Prepare to fall in love with debut novelist Helen Landalf. Filled with bighearted love and gritty realism, Flyaway rings with bittersweet truth."—Justina Chen, author of North of Beautiful "For teens who want a realistic story but not the heft and extreme grittiness of Ellen Hopkins."—Kirkus

HELEN LANDALF is a novelist from Seattle, Washington. Visit her website at www.helenlandalf.com.