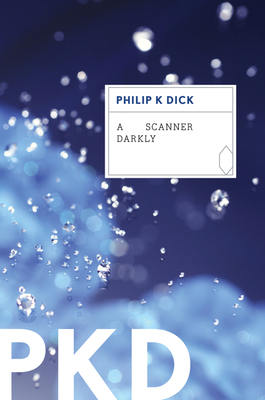 Winner of the British Science Fiction Association Award for Best Novel, Philip K. Dick's A Scanner Darkly is a semi-autobiographical novel of drug addiction set in a future American dystopia — and the basis for the Hugo Award finalist film starring Keanu Reeves, Winona Ryder, and Robert Downey, Jr."A Scanner Darkly is about a descent into the deep fears of our 24-hour consumer society: the twilight of intellectual and emotional collapse...A fascinating portrait of 70s Californian counter-culture."—The Guardian Bob Arctor is a junkie and a drug dealer, both using and selling the mind-altering Substance D. Fred is a law enforcement agent, tasked with bringing Bob down. It sounds like a standard case. The only problem is that Bob and Fred are the same person. Substance D doesn’t just alter the mind, it splits it in two, and neither side knows what the other is doing or that it even exists. Now, both sides are growing increasingly paranoid as Bob tries to evade Fred while Fred tries to evade his suspicious bosses. In this dystopian future, friends can become enemies, good trips can turn terrifying, and cops and criminals are two sides of the same coin. Caustically funny and somberly contemplative, Dick fashions a novel that is as unnerving as it is enthralling.“Dick is Thoreau plus the death of the American dream.”—Roberto Bolaño