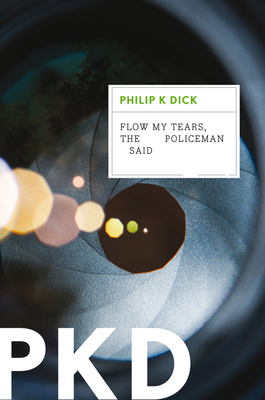 Flow My Tears, the Policeman Said

Flow My Tears, the Policeman Said grapples with many of the themes Philip K. Dick is best known for— identity, altered reality, drug use, and dystopia—in a rollicking chase story that earned the novel the John W. Campbell Award and nominations for the Hugo and Nebula.

Jason Taverner—world-famous talk show host and man-about-town—wakes up one day to find that no one knows who he is—including the vast databases of the totalitarian government. And in a society where lack of identification is a crime, Taverner has no choice but to go on the run with a host of shady characters, including crooked cops and dealers of alien drugs. But do they know more than they are letting on? And just how can a person’s identity be erased overnight?