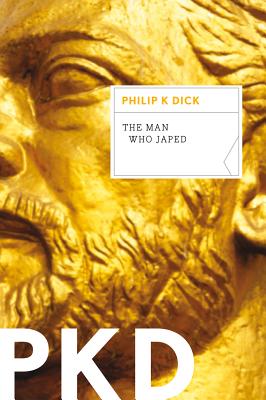 The Man Who Japed

Following a devastating nuclear war, the Moral Reclamation government took over the world and forced its citizens to live by strictly puritanical rules—no premarital sex, drunkenness, or displaying of neon signs—all of which are reinforced through a constant barrage of messaging to the public. The chief purveyor of these messages is Alan Purcell, next in line to become head of the propaganda bureau. But there is just one problem: a statue of the government’s founder has been vandalized and the head is hidden in Purcell’s closet. In this buttoned-up society, maybe all a revolution needs is one really great prank . . .