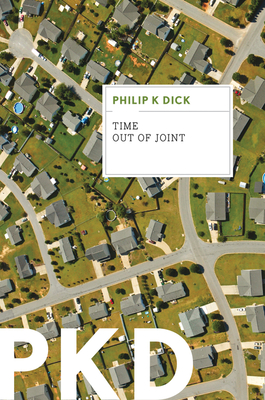 Time Out of Joint

"Marvelous, terrifying fun, especially if you’ve ever suspected that the world is an unreal construct built solely to keep you from knowing who you really are. Which it is, of course."—Rolling Stone

Ragle Gumm has a unique job: every day he wins a newspaper contest. And when he isn’t consulting his charts and tables, he enjoys his life in a small town in 1959. At least, that’s what he thinks. But then strange things start happening. He finds a phone book where all the numbers have been disconnected, and a magazine article about a famous starlet he’s never heard of named Marilyn Monroe. Plus, everyday objects are beginning to disappear and are replaced by strips of paper with words written on them like "bowl of flowers" and "soft drink stand." When Ragle skips town to try to find the cause of these bizarre occurrences, his discovery could make him question everything he has ever known.