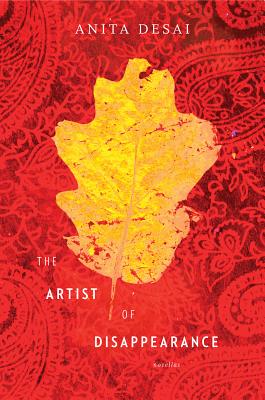 The Artist of Disappearance (Hardcover)

A triptych of beautifully crafted novellas make up Anita Desai’s exquisite new book. Set in modern India, but where history still casts a long shadow, the stories move beyond the cities to places still haunted by the past, and to characters who are, each in their own way, masters of self-effacement.

In ‘The Museum of Final Journeys’ an unnamed government official is called upon to inspect a faded mansion of forgotten treasures, each sent home by the absent, itinerant master. As he is taken through the estate, wondering whether to save these precious relics, he reaches the final – greatest – gift of all, looming out of the shadows.

In ‘Translator, Translated’, middle-aged Prema meets her successful publisher friend Tara at a school reunion. Tara hires her as a translator, but Prema, buoyed by her work and the sense of purpose it brings, begins deliberately to blur the line between writer and translator, and in so doing risks unravelling her desires and achievements.

The final story is of Ravi, living hermit-like in the burnt-out shell of his family home high up in the Himalayan mountains. He cultivates not only silence and solitude but a secret hidden away in the woods, concealed from sight. When a film crew from Delhi intrude upon his seclusion, it compels him to withdraw even further until he magically and elusively disappears…

Rich and evocative, remarkable in their clarity and sensuous in their telling, these stories remind us of the extraordinary yet delicate power of this pre-eminent writer.

ANITA DESAI is the author of Fasting, Feasting, Baumgartner’s Bombay, Clear Light of Day, and Diamond Dust, among other works. Three of her books have been shortlisted for the Booker Prize. Desai was born and educated in India and now lives in the New York City area.

Praise For The Artist of Disappearance…

"[Q]uiet, meticulous, unflinching meditations on the trajectories of three contemporary lives, and on the Indian cultures and landscapes that helped shape them."--San Francisco Chronicle"[A] collection of three superb novellas…. deceptively subtle, slightly surreal and profoundly insightful fiction of a world-class writer...These evocative stories about art and culture are sewn deeply into the fraying fabric of modern-day India. The only thing little about this book is its size."--The Washington Post"...eloquent and understated...[Desai's prose is] distinguished by its sober, often bracing prose, its patient eye for all-telling detail and its humane but penetrating intelligence..."--The New York Times Book Review"'[Desai] proves you can go home again...stirring..."--Marie Claire"In three ensnaring novellas of consummate artistry and profoundly disquieting perceptions, master storyteller Desai reflects on the transforming power and devastating limitations of art... Desai’s provocative and mysterious tales of displacement trace the reverberations when the dream of art collides with crushing reality."--Booklist, starred"...poignant and wry...a deft exploration of the limits people place on themselves by trying to cling to the past."--Kirkus Reviews"This collection leaves an indelible impression of the conflicts and ambitions found in a region riddled with conflict."--Publishers Weekly