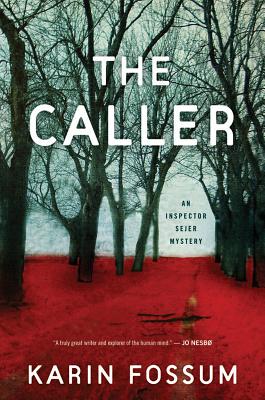 One mild summer evening, a young couple are enjoying dinner while their daughter sleeps peacefully in her stroller under a tree. When her mother steps outside she is stunned: The child is covered in blood.
Inspector Sejer is called to the hospital to meet the family. Mercifully, the child is unharmed, but the parents are deeply shaken, and Sejer spends the evening trying to understand why anyone would carry out such a sinister prank. Then, just before midnight, somebody rings his doorbell.
No one is at the door, but the caller has left a small gray envelope on Sejer’s mat. From his living room window, the inspector watches a figure disappear into the darkness. Inside the envelope Sejer finds a postcard bearing a short message: Hell begins now.
This is classic Fossum—and the critics are saying this is her best book since The Indian Bride.

"[A] chilling morality play reminiscent of Ruth Rendell or even Patricia Highsmith."-Library Journal

"[A]stand out among Scandinavian crime authors...Fossum’s psychological thrillers will appeal, in particular, to fans of Anne Holt and Henning Mankell." -Booklist

"THE CALLER is one of the darkest, most disturbing crime stories you're likely to read this year...Fossum is a grandmaster at the art of psychological terror."--New York Times Book Review