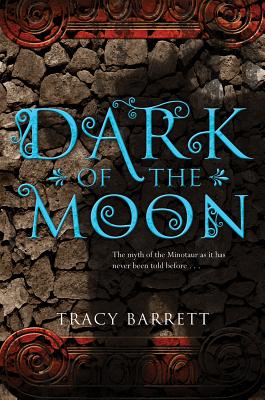 Dark of the Moon

Ariadne is destined to become a goddess of the moon. She leads a lonely life, filled with hours of rigorous training by stern priestesses. Her former friends no longer dare to look at her, much less speak to her. All that she has left are her mother and her beloved, misshapen brother Asterion, who must be held captive below the palace for his own safety.So when a ship arrives one spring day, bearing a tribute of slaves from Athens, Ariadne sneaks out to meet it. These newcomers don’t know the ways of Krete; perhaps they won’t be afraid of a girl who will someday be a powerful goddess. And indeed she meets Theseus, the son of the king of Athens. Ariadne finds herself drawn to the newcomer, and soon they form a friendship—one that could perhaps become something more.Yet Theseus is doomed to die as an offering to the Minotaur, that monster beneath the palace—unless he can kill the beast first. And that "monster" is Ariadne’s brother . . .

Praise For Dark of the Moon…

"Ariadne weaves a new tale in a historically rich reworking of Theseus and the Minotaur... A world and story both excitingly alien and pleasingly familiar."—Kirkus Reviews, starred review

"Fans of historical fiction and Greek myths should be pleased."—Booklist

Tracy Barrett teaches Italian language and civilization at Vanderbilt University. Her books include King of Ithaka, On Etruscan Time, Cold in Summer, Anna of Byzantium, and the Sherlock Files series. Tracy lives with her family in Nashville, Tennessee.Visit her website at www.tracybarrett.com.
Loading...
or
Not Currently Available for Direct Purchase