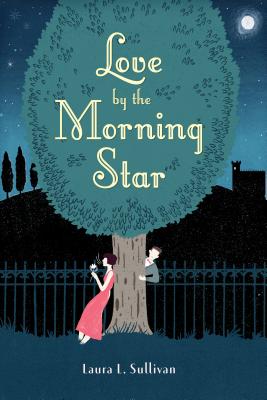 Love by the Morning Star

Upstairs, downstairs, and in which lady’s chamber?
On the brink of World War II, two girls are sent to the grand English country estate of Starkers. Hannah, the half-Jewish daughter of a disgraced distant relative, has been living an artistic bohemian life in a cabaret in pre-war Germany and now is supposed to be welcomed into the family. Anna, the social-climbing daughter of working-class British fascists, is supposed to be hired as a maid so that she can spy for the Nazis. But there’s a mix-up, and nice Hannah is sent to the kitchen as a maid while arrogant Anna is welcomed as a relative.
And then both girls fall for the same man, the handsome heir of the estate . . . or do they?
In this sparkling, saucy romance, nearly everything goes wrong for two girls who are sent to a grand English estate on the brink of World War II—until it goes so very, very right!


Praise For Love by the Morning Star…

"Hannah is a breath of fresh air both for her hosts and for readers, who will enjoy rooting for her."
—Booklist

"Sullivan delights in leading readers through a jaunty muddle of romantic misfortunes."
—Kirkus

"A light and fun romance that should appeal to fans of Downton Abbey."
—School Library Journal

Laura L. Sullivan is a former newspaper editor, biologist, social worker, and deputy sheriff who writes because storytelling is the easiest way to do everything in the world. She lives on the Florida coast, but her heart is in England.