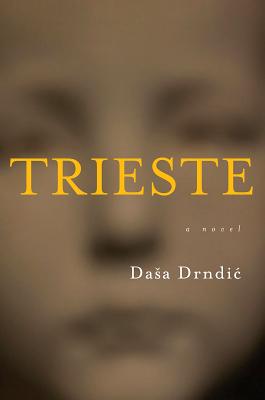 Haya Tedeschi sits alone in Gorizia, in northeastern Italy, surrounded by a basket of photographs and newspaper clippings. Now an old woman, she waits to be reunited after sixty-two years with her son, fathered by an SS officer and stolen from her by the German authorities as part of Himmler’s clandestine Lebensborn project.

Haya reflects on her Catholicized Jewish family’s experiences, dealing unsparingly with the massacre of Italian Jews in the concentration camps of Trieste. Her obsessive search for her son leads her to photographs, maps, and fragments of verse, to testimonies from the Nuremberg trials and interviews with second-generation Jews, and to eyewitness accounts of atrocities that took place on her doorstep. From this broad collage of material and memory arises the staggering chronicle of Nazi occupation in northern Italy.

Written in immensely powerful language and employing a range of astonishing conceptual devices, Trieste is a novel like no other. Daša Drndić has produced a shattering contribution to the literature of twentieth-century history.

"A work of European high culture...Even at their most lurid, Drndic’s sentences remain coldly dignified. And so does Ellen Elias-Bursac’s imperturbably elegant translation." –The New York Times Book Review

"A palimpsest of personal quest and the historical atrocities of war...Undeniably raw and mythical...Trieste evolves as a novel in the documentary style of the German writer W.G. Sebald, but also as a memorial of names, and as a novel about one woman's attempt to find order in her life. And as a book of events that have made the last century infamous for the ages, a book that, if it moves you as it moved me, you will have to set down now and then, to breathe, to blink and blink and say to yourself and whatever gods you might believe in, please, oh, please please please, never again." – Alan Cheuse, NPR

"Trieste…explores the 20th century’s darkest chapter in an original way, both thematically and stylistically, without ever diluting the disaster...So unflinchingly does Drndic present her detail that after certain passages concerning freight-train journeys, gas chambers and euthanasia centers, it pays to put the book down and take a break and gulps of fresh air. Potent, candid writing, while deserving of praise, is not always the easiest to digest...Trieste is an exceptional reading experience and an early contender for book of the year." –Minneapolis Star Tribune

"A darkly hypnotic kaleidoscope of a book...Drndic has in her own way composed an astonishment that extracts light from darkness."  –The Jewish Daily Forward

"Although this is fiction, it is also a deeply researched historical documentary. Haya's life story is woven artfully into a broader tale of the twentieth century's atrocities. The book begins gently, introducing us to the archiepiscopal see of Gorizia in a manner reminiscent of WG Sebald . . . It is a masterpiece." –A.N. Wilson, Financial Times

"Trieste is more than just a novel, it's a document that should be compulsory reading in secondary schools ... Books like this are necessary whilst there's still a glimmer of hope that eloquently reminding us of the past may prevent its repetition." –Bookbag

"Trieste is a massive undertaking. It swings from stomach-churning but compelling testimonials from former concentration camp workers to fluid fictional prose." –Irish Independent on Sunday

"In this documentary fiction, the private and public happen at once, large and small scale, imagined with just the same biographical precision. Haya sits dazzled in the cinema, lost in the unbelievable glamour on the screen; meanwhile, neighbors are disappearing. . . . The picture Trieste offers is cumulative -- so is its effect. For a reader with a taste for tidy narrative, its wilfulness can be maddening, and yet the multifarious elements that comprise Haya's story and its grand context are an incredibly dense and potent mixture, too." –The Independent

"Trieste is a brilliant, original conceptualized novel consisting of fragmented memories and a series of concentrated history lessons that will challenge a reader with its irregular construction and seeming lack of continuity. It may not be easy but it is well worth reading and will assuredly linger in memory." –BookBrowse


"Drndic’s monumental work about a hitherto rarely discussed aspect of the Holocaust, and about the ongoing consequences of fascism, is not for the fainthearted, but its seamless combination of beautifully told story and relentless harsh documentation makes for a deeply engaging and unforgettable read." –Jewish Renaissance

"Outrage, horror, and grief simmer beneath the surface of this gripping novel...An unbearable, unusual, and unforgettable tribute to a very dark period of history...Highly recommended, this story’s gripping historical approach calls to mind the work of Norman Mailer and Don DeLillo." –Library Journal, starred

"Trieste’s originality lies not just in its structure and forceful, unflinching imagery—translator Elias-Bursa deserves acclaim as well—but also in how it brings the lingering effects of the Nazis’ merciless racial policies forward into the present."  –Booklist

"An epic, heart-rending saga from the Croatian novelist about a forgotten corner of the Nazi Holocaust...A brilliant artistic and moral achievement worth reading." –Kirkus, starred

DASA DRNDIC is a distinguished Croatian novelist, playwright, and literary critic. She spent some years teaching in Canada and gained an MA in Theatre and Communications as part of the Fulbright Program. She is an associate professor in the English Department at the University of Rijeka.