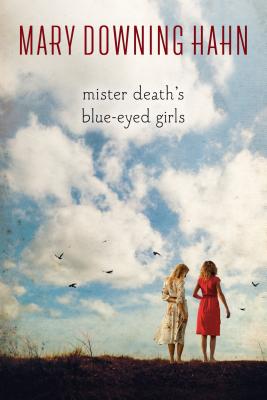 Based on an actual crime in 1955, this YA novel is at once a mystery and a coming-of-age story. The brutal murder of two teenage girls on the last day of Nora Cunningham’s junior year in high school throws Nora into turmoil. Her certainties—friendships, religion, her prudence, her resolve to find a boyfriend taller than she is—are shaken or cast off altogether. Most people in Elmgrove, Maryland, share the comforting conviction that Buddy Novak, who had every reason to want his ex-girlfriend dead, is responsible for the killings. Nora agrees at first, then begins to doubt Buddy’s guilt, and finally comes to believe him innocent—the lone dissenting voice in Elmgrove. Told from several different perspectives, including that of the murderer, Mister Death’s Blue-Eyed Girls is a suspenseful page-turner with a powerful human drama at its core.

A Kirkus Best Teen Book of 2012 * "An engrossing exploration of how a murder affects a community."—Kirkus Reviews, starred review "This is a thinking-teen's mystery."—Bulletin "Hahn emphasizes the universality of growing up and facing death."—Horn Book * "This wrenching novel offers an aggregate portrait of the effects of loss and grief, including both the strengthening and dissolution of relationships."—Publishers Weekly, starred review "This creepy tale slowly and craftily builds tension . . . It has the added feature of offering a unique snapshot of life in the 1950's."—School Library Journal "The veracity of this tragedy raises the stakes for readers who are already fans of Hahn's supernatural fiction, and the coming-of-age component of Nora's shattered naïveté is all the more searing."—Bulletin

Mary Downing Hahn’s many acclaimed novels include such beloved ghost stories as Wait Till Helen Comes, Deep and Dark and Dangerous, and Took. A former librarian, she has received more than fifty child-voted state awards for her work. She lives in Columbia, Maryland, with a cat named Nixi.