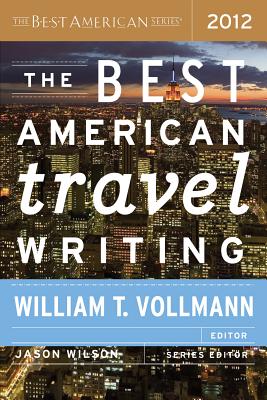 The Best American series is the premier annual showcase for the country’s finest short fiction and nonfiction. Each volume’s series editor selects notable works from hundreds of magazines, journals, and websites. A special guest editor, a leading writer in the field, then chooses the best twenty or so pieces to publish. This unique system has made the Best American series the most respected — and most popular — of its kind.

"Bold and questing writer and world traveler Vollmann is at the helm of the thirteenth edition of this superb travel annual, which has always been distinguished by its stellar guest editors. Guided by his unceasing curiosity about complex places and authentic voices, Vollmann has chosen 19 electrifying essays...Vollmann’s 'best' assemblage profoundly extends the reach of the ever-vital and enlightening art of travel writing."
-Booklist  (starred)

"The latest intriguing batch of travel writing from the venerable series. [T]hese stories...undoubtedly bring a taste of adventure to readers...they open a window onto the strange, seedy and beautiful in the world, offering readers glimpses into places that many will never see or experience except through the eyes and words of these writers. Mostly engaging, diverse tales of offbeat travel adventures."
-Kirkus Reviews