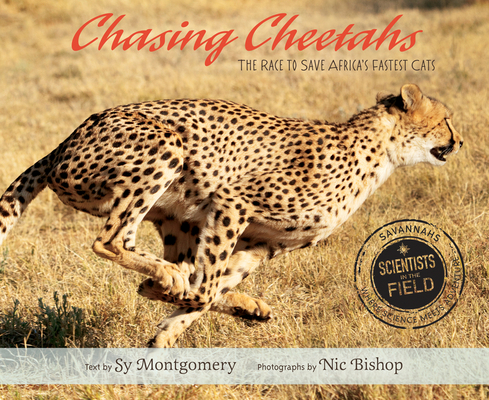 Since the year 1900, cheetah footprints quickly dwindled in African dirt as the species plummeted from more than 100,000 to fewer than 10,000. At the Cheetah Conservation Fund's (CCF) African headquarters in Namibia, Laurie Marker and her team save these stunning, swift, and slender creatures from extinction. Since the organization's start in 1990, they've rescued more than 900 cheetahs, most of whom have been returned to the wild.

But this arduous challenge continues. For most African livestock farmers, cheetahs are the last thing they want to see on their properties. In the 1980s, as many as 19 cheetahs per farmer died each year. Cheetahs were considered vermin--but, in learning more about this magnificent species, we know this is far from true.

Today, CCF acts as a liaison between the farmers and the cheetahs, in order to promote cohabitation in an ecosystem that cannot thrive without the existence of the precious and predatory cheetah. On a wild ride through the African wilderness--sometimes sniffing out scents left in the dirt--Sy Montgomery and Nic Bishop join CCF in studying the cheetah's ecological, genetic, and behavioral patterns in order to chase down the fastest animal on land and save the species--before it is too late.

Praise For Chasing Cheetahs: The Race to Save Africa's Fastest Cat (Scientists in the Field Series)…

* "Bishop’s stunning cheetah photographs will draw readers into this appealing and balanced picture of a conservationist at work."
—Kirkus, starred review

"Striking photographs of the cheetahs, the people and landscape of Namibia, and the conservationists fully capture the dedication of these scientists, and the awesome power of the cheetahs."
—Horn Book Magazine

* "This is a readable, informative and elegant book on an equally elegant feline."
—School Library Journal, starred review
or support indie stores by buying on
Copyright © 2020 American Booksellers Association