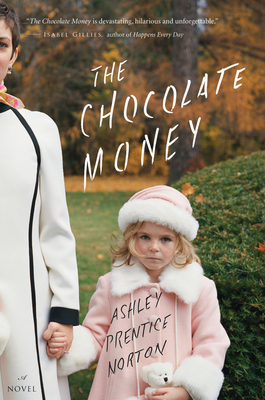 As addictive, decadent and delicious as chocolate itself

Set in 1980s Chicago and on the East Coast, this electric novel chronicles the relationship between an impossibly rich chocolate heiress, Babs Ballentyne, and her sensitive and bookish young daughter, Bettina. Babs plays by no one’s rules: naked Christmas cards, lavish theme parties with lewd installations at her Lake Shore Drive penthouse, nocturnal visits from her married lover, who “admires her centerfold” while his wife sleeps at their nearby home.

Bettina wants nothing more than to win her mother’s affection and approval, both of which prove elusive. When she escapes to an elite New Hampshire prep school, Bettina finds that her unorthodox upbringing makes it difficult to fit in with her peers, one of whom happens to be the son of Babs’s lover. As she struggles to forge an identity apart from her mother, Bettina walks a fine line between self-preservation and self-destruction.

As funny as it is scandalous, The Chocolate Money is Mommie Dearest, Prep, and 50 Shades of Gray all rolled into one compulsively readable book.

ASHLEY PRENTICE NORTON is a graduate of Exeter, Georgetown, and the Creative Writing Program at New York University. Her critically acclaimed first novel, The Chocolate Money, was heralded as "darkly funny . . . compulsively readable" by People. She has also written If You Left, which mirrors the same dark humor. She lives in New York with her husband and three children.

Praise For The Chocolate Money…

"Darkly funny...compulsively readable..."
--People
"A novel to make you laugh, cringe, and appreciate your mother."
--O, the Oprah Magazine
"Debut author Norton, the great-great-granddaughter of John D. Rockefeller, writes fearlessly, and the results are compelling. Reading this novel is like watching a train speed toward you, and you’re paralyzed on the tracks."
--Booklist

“Despite the sweet title, this debut novel by Ashley Prentice Norton is a dark tale of maternal sadism, twisted sex, and self-destruction. Norton is a fearless writer.”
— James Frey, author of Bright Shiny Morning

"I am not a reader easily shocked, and I was shocked by the brave twists and daring turns of Ashley Norton's compulsively readable The Chocolate Money. This story of a girl coming of age in Chicago, heir to a chocolate fortune and all the spoils and hungers that fortune sparks, is fearless and utterly unputdownable."
— Jennifer Gilmore, author of Something Red and Golden Country

"Not since Mommy Dearest  has there been a transcription of a complex mother-daughter relationship as powerful. I rooted with all my heart for this girl. Ashley Prentice Norton’s writing is so gripping, vivid, and moving — so realistically drawn — it leaves even the most well-adjusted reader with the chilling knowledge of what it’s like to be raised by wolves. The Chocolate Money is devastating and unforgettable."
— Isabel Gillies, author of Happens Every Day and A Year and Six Seconds

"The Chocolate Money  is the perfect page-turner, offering a window into the life of the richer-than-rich, complete with scandalous sex, wild parties, a snobby prep school, and a tyrannical train-wreck of a mother. But it's also something more—it’s a perceptive portrait of a young woman growing past the world that shaped her. Norton writes with empathy and wisdom about mothers and daughters, and the pain of loving a parent you must escape."
-- Jill A. Davis, author of Ask Again Later

“This is the darkest comedy I've ever read, overflowing with unflinching observations of the elite that are both laugh-out-loud and heart-wrenchingly poignant, all woven with the searing wit of a truly gifted new voice in fiction.”
—Jill Kargman, author of Wolves in Chic Clothing