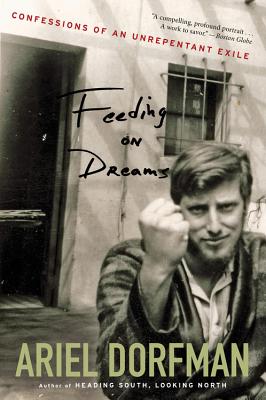 Confessions of an Unrepentant Exile

"A multifaceted journey that is geographical, personal and political . . . A complex, nuanced view of United States–Latin American politics and relations of the last forty some years." — Durham Herald-Sun

"One of the most important voices coming out of South America." — Salman Rushdie

In September 1973, the military took power in Chile, and Ariel Dorfman, a young leftist allied with President Allende, was forced to flee for his life. In Feeding on Dreams, Dorfman portrays, through visceral scenes and with startling honesty, the personal and political maelstroms that have defined his life since the Pinochet coup. Dorfman’s wry and masterfully told account takes us on a page-turning tour of the past several decades of North-South political history and of the complex consequences of revolution and tyranny, excavating for the first time his profound and provocative journey as an exile and the consequences for his wife and family.

"A great book that will simultaneously undo us and sustain us." — Tikkun

Praise For Feeding on Dreams: Confessions of an Unrepentant Exile…

"A beautifully crafted, searing memoir . . . A somber, moving tribute to a life of ideals and struggle."
-- Kirkus Reviews "Gorgeously evokes his lifelong search for home, country, and belonging."
-- Publishers Weekly (review)"A tender and merciless memoir of what it means to change deeply because you have no choice." -
- Publishers Weekly (fall announcements)

Chilean-American author and human rights activist Ariel Dorfman's many internationally acclaimed works of poetry, fiction, and nonfiction include his bestselling memoir, Heading South, Looking North, which was the basis for the documentary film A Promise to the Dead, directed by Peter Raymont and shortlisted for the Oscars in 2008. His play Death and the Maiden, staged in over 100 countries, was made into a feature film by Roman Polanski.  Dorfman is a frequent contributor to the New York Times, Los Angeles Times, Washington Post, New York Times Book Review, and Huffington Post.  He is Walter Hines Page professor of literature and Latin American studies at Duke University, and his numerous international honors include his delivery of the Mandela Lecture in Johannesburg in 2010.
Loading...
or support indie stores by buying on