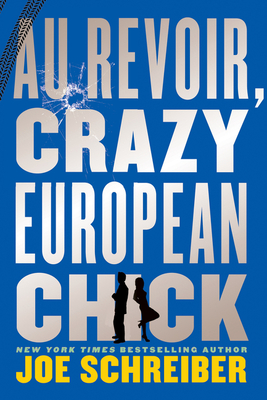 Ferris Bueller meets La Femme Nikita in this funny, action-packed young adult novel.It’s prom night—and Perry just wants to stick to his own plan and finally play a muchanticipated
gig with his band in the Big Apple. But when his mother makes him take Gobija Zaksauskas—their quiet, geeky Lithuanian exchange student—to the prom, he never expects that his ordinary high school guy life will soon turn on its head. Perry finds that Gobi is on a mission, and Perry has no other choice but to go along for a reckless ride through Manhattan’s concrete grid with a trained assassin in Dad’s red Jag.
Infused with capers, car chases, heists, hits, henchmen, and even a bear fight, this story mixes romance, comedy, and tragedy in a true teen coming-of-age adventure—and it’s not over until it’s “au revoir.”

"What follows are captures, tortures, machine guns, a helicopter rescue, and a kiss that is, like this addictive first novel for teens, a 'long, intoxicating dive through a sea of Red Bull.'"—Booklist, starred review
"Au Revoir, Crazy European Chick is a high-octane, high-caliber joyride centered on one very loud night in New York City, a sort of Nick & Norah’s Infinite Hit List. As Perry deals with flying bullets, exploding glass, and college admissions, your assignment is much simpler (and safer): Read this book!" —Michael Northrop, author of Trapped "Au Revoir, Crazy European Chick is the hilarious YA buzzbomb I've been waiting for all year. Has style and wit to burn. I read the whole thing in one sitting. Buildings explode, scores are settled, and the dialog is explosively funny. Pretty much every page does it to the hilt. Boom." —Sean Beaudoin, author of You Killed Wesley Payne "Fast paced, smart, exciting . . . it's like your favorite summer action thriller and John Hughes movie rolled into one." —Josh Schwartz, executive producer of Gossip Girl and The O.C. "Plain and simple, it’s a blast. A couple of them, actually."—Publishers Weekly, starred review "Perfect for action adventure junkies who will enjoy the car chases, thugs, graphic killing scenes, explosions, and a random bear fight, Schreiber’s debut novel also contains enough humor, sexual tension, distinctive language, and character development to make this more than just a quick thrill read."—Horn Book

"This not-so-subtle irony combined with Schreiber's incisive wit and clever insights about high school and its relation to the larger world make this a slick, stylish read with serious implications that will give readers plenty to contemplate."--Bulletin