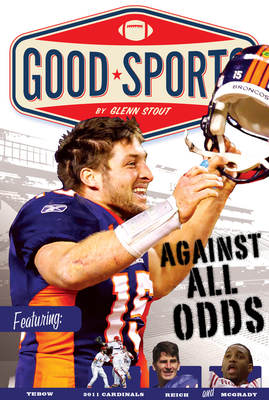 Never Give up (Good Sports)

Tim Tebow and the Denver Broncos, Roy Reigels in the 1929 Rose Bowl, Frank Reich and the Buffalo Bills during the 1993 NFL playoffs, Tracy McGrady and the Houston Rockets in 2004, the entire St. Louis Cardinals team in the 2011 World Series . . . What do these players have in common? Every one of them was on the brink of a humiliating defeat. But at the moment when they could have called it quits, they didn’t. These five real-life stories, illustrated with black-and-white photographs, will inspire readers young and old.