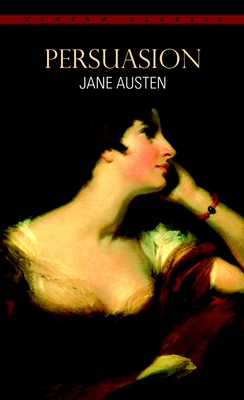 Jane Austen’s last completed novel, a brilliantly insightful story of regret, second chances, and the courage to follow our hearts

Anne Elliot is twenty-seven and unmarried—by all accounts a spinster in her time—seemingly doomed to spend the rest of her life waiting on her image-obsessed father and extravagant older sister; attempting to maintain their once lavish, now dwindling family estate; and occasionally babysitting the children of her married younger sister.

It wasn’t always this way, though. When Anne was nineteen, she was in love with and engaged to Frederick Wentworth, a man with no money and few prospects. Anne’s well-meaning family and friends convinced her that a young heiress like herself could do better, so she broke off the engagement. But when chance brings Wentworth and Anne together again eight years later, he is now an accomplished naval captain with an impressive fortune, and Anne must face her feelings for him that remain and consider how different her life could have been if only she hadn’t been so easily persuaded by others.

After her father died in 1805, the family first moved to Southampton then to Chawton Cottage in Hampshire. Despite this relative retirement, Jane Austen was still in touch with a wider world, mainly through her brothers; one had become a very rich country gentleman, another a London banker, and two were naval officers. Though her many novels were published anonymously, she had many early and devoted readers, among them the Prince Regent and Sir Walter Scott. In 1816, in declining health, Austen wrote Persuasion and revised Northanger Abby, Her last work, Sandition, was left unfinished at her death on July 18, 1817. She was buried in Winchester Cathedral. Austen’s identity as an author was announced to the world posthumously by her brother Henry, who supervised the publication of Northanger Abby and Persuasion in 1818.
or
Not Currently Available for Direct Purchase