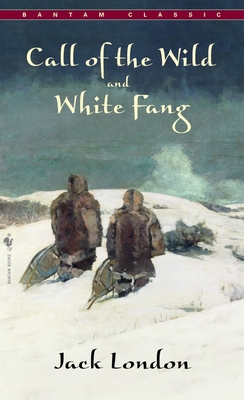 Call of The Wild, White Fang

The Call Of The Wild is the  story of Buck, a dog stolen from his home and thrust  into the merciless life of the Arctic north to  endure hardship, bitter cold, and the savage  lawlessness of man and beast. White Fang  is the adventure of an animal -- part dog, part  wolf --turned vicious by cruel abuse, then  transformed by the patience and affection of one man.

Jack London's superb ability as a storyteller and  his uncanny understanding of animal and human  natures give these tales a striking vitality and  power, and have earned him a reputation as a  distinguished American writer.

Jack London (1876–1916) was born John Chaney in Pennsylvania, USA. In 1896 he was caught up in the gold rush to the Klondike River in northwest Canada, which became the inspiration for The Call of the Wild (1903) and White Fang (1906). London is one of the most widely read writers in the world.
or support indie stores by buying on