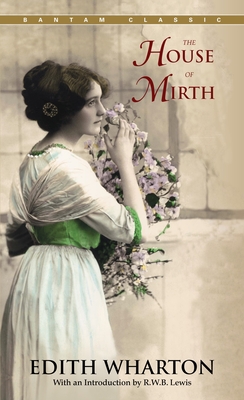 An immensely popular bestseller upon its publication in 1905, The House of Mirth was Edith Wharton’s first great novel. Set among the elegant brownstones of New York City and opulent country houses like gracious Bellomont on the Hudson, the novel creates a satiric portrayal of what Wharton herself called “a society of irresponsible pleasure-seekers” with a precision comparable to that of Proust. And her brilliant and complex characterization of the doomed Lily Bart, whose stunning beauty and dependence on marriage for economic survival reduce her to a decorative object, becomes an incisive commentary on the nature and status of women in that society. From her tragic attraction to bachelor lawyer Lawrence Selden to her desperate relationship with social-climbing Rosedale, Lily is all too much a product of the world indicated by the title, a phrase taken from Ecclesiastes: “The heart of fools is in the house of mirth.” For it is Lily’s very specialness that threatens the elegance and fulfillment she seeks in life. Along with the author’s other masterpiece, The Age of Innocence, this novel claims a place among the finest American novels of manners.

"A tragedy of our modern life, in which the relentlessness of what men used to call Fate and esteem, in their ignorance, a power beyond their control, is as vividly set forth as ever it was by Aeschylus or Shakespeare."—The New York Times

In her later years, she enjoyed the admiration of a new generation of writers, including Sinclair Lewis and F. Scott Fitzgerald. In all, she wrote some thirty books, including an autobiography. A Backwards Glance (1934). She died at her villa near Paris in 1937.
Loading...
or
Not Currently Available for Direct Purchase