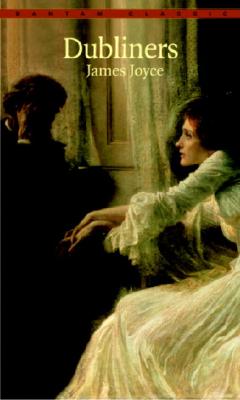 James Joyce has been hailed as one of the great literary rebels of our time. He rebelled against social and literary conventions, against Catholicism, and against Dublin, the city at the center of this magnificent collection of stories.

In Dubliners, Joyce paints vivid portraits of the denizens of the city of his birth, from the young boy encountering death in the fist story, “The Sisters,” to the middle-aged Gabriel of the haunting final story, “The Dead.” This collection is both unflinchingly realistic portrait of “dear dirty Dublin” and, as Joyce himself explained, a window through which his countrymen could get “one good look at themselves.”

“In Dubliners, Joyce’s first attempt to register in language and fictive form the protean complexities of the ‘reality of experience,’ he learns the paradoxical lesson that only through the most rigorous economy, only by concentrating on the minutest of particulars, can he have any hope of engaging with the immensity of the world.”–from the Introduction

“Joyce renews our apprehension of reality, strengthens our sympathy with our fellow creatures, and leaves us in awe before the mystery of created things.” –Atlantic Monthly

“It is in the prose of Dubliners that we first hear the authentic rhythms of Joyce the poet…Dubliners is, in a very real sense, the foundation of Joyce’s art. In shaping its stories, he developed that mastery of naturalistic detail and symbolic design which is the hallmark of his mature fiction.” –Robert Scholes and A. Walton Litz, authors of Dubliners: Text and Criticism
or support indie stores by buying on
(This book is on backorder)
Copyright © 2020 American Booksellers Association