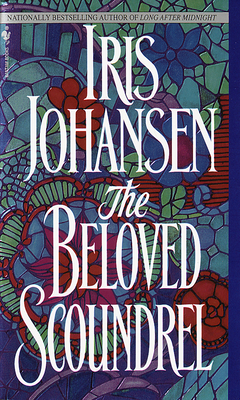 Now, from nationally best-selling Iris Johansen comes a thrilling tale of abduction, seduction, and surrender that sweeps from the shimmering halls of Regency England to the decadent haunts of a notorious rogue...

She was a hostage torn between passion and loyalty...

Marianna Sanders realized she could not trust this dark and savagely seductive stranger who had come to spirit her away across the sea. She possessed a secret that could topple an empire, a secret that Jordan Draken, the duke of Cambaron, was determined to wrest from her. In the eyes of the world the arrogant duke was her guardian, but they both knew she was to be a prisoner in his sinister plot—and a slave to his exquisite pleasure.

He was the fabulous rake they called the Duke of Diamonds...

For years, brilliant, deadly Jordan Draken had schemed to destroy the emperor who threatened everything he valued most in the world. Now that he held this defiant woman who was the key to his final triumph, he felt a fierce sense of satisfaction...and the first stirring of desire. She was only supposed to be a pawn in his plans, but once alone with his captive, Jordan realized she was a prize he could never surrender.

Iris Johansen is the New York Times bestselling author of many novels, including Killer Dreams, On the Run, Countdown, Firestorm, Fatal Tide, Dead Aim, and No One to Trust. She lives near Atlanta, Georgia.