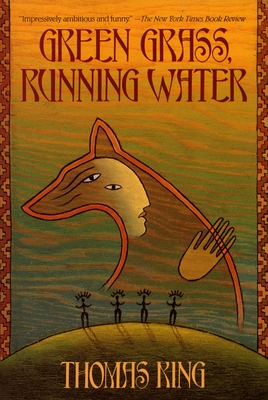 Strong, Sassy women and hard-luck hardheaded men, all searching for the middle ground between Native American tradition and the modern world, perform an elaborate dance of approach and avoidance in this magical, rollicking tale by Cherokee author Thomas King. Alberta is a university professor who would like to trade her two boyfriends for a baby but no husband; Lionel is forty and still sells televisions for a patronizing boss; Eli and his log cabin stand in the way of a profitable dam project. These three—and others—are coming to the Blackfoot reservation for the Sun Dance and there they will encounter four Indian elders and their companion, the trickster Coyote—and nothing in the small town of Blossom will be the same again…

Thomas King is of Cherokee, Greek, and German descent and is currently chair of American Indian Studies at the University of Minnesota. His short stories have been widely published throughout the United States and Canada, and a film, based on his much acclaimed first novel Medicine River, has been made for television.

“King has established himself as a first-rate comic novelist. At his best, he is as savagely and darkly funny as Twain...King has produced a novel that defies all our expectations about what Native American fiction should be. It is a first-class work of art.”—Newsweek

“King confirms his place as the best American Indian novelist to emerge since Louise Erdrich…King’s playfulness makes the story jump off the page.”—San Jose Mercury News

“At once plainspoken and poetic, King is equally at home with his vivid, often comic characters and with the vibrant natural world in which their dramas are played out.”–People
or support indie stores by buying on
Copyright © 2020 American Booksellers Association