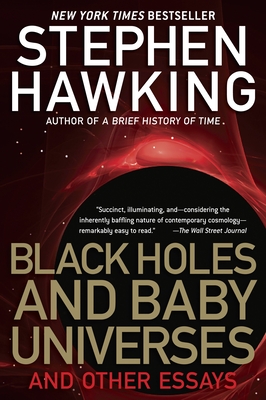 NEW YORK TIMES BESTSELLER • Thirteen extraordinary essays shed new light on the mystery of the universe—and on one of the most brilliant thinkers of our time.

In his phenomenal bestseller A Brief History of Time, Stephen Hawking literally transformed the way we think about physics, the universe, reality itself. In these thirteen essays and one remarkable extended interview, the man widely regarded as the most brilliant theoretical physicist since Einstein returns to reveal an amazing array of possibilities for understanding our universe.

Building on his earlier work, Hawking discusses imaginary time, how black holes can give birth to baby universes, and scientists’ efforts to find a complete unified theory that would predict everything in the universe. With his characteristic mastery of language, his sense of humor and commitment to plain speaking, Stephen Hawking invites us to know him better—and to share his passion for the voyage of intellect and imagination that has opened new ways to understanding the very nature of the cosmos.


Praise For Black Holes and Baby Universes: And Other Essays…

“[Hawking] sprinkles his explanations with a wry sense of humor and a keen awareness that the sciences today delve not only into the far reaches of the cosmos, but into the inner philosophical world as well.”—New York Times Book Review