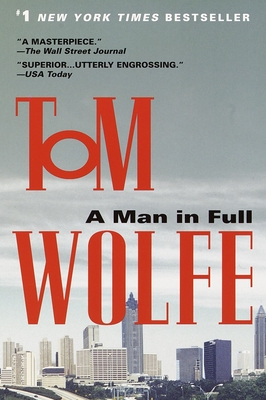 A Man in Full

Praise For A Man in Full…

“The novel contains passages as powerful and as beautiful as anything written — not merely by contemporary American novelists but by any American novelist. . . . The book is as funny as anything Wolfe has ever written; at the same time it is also deeply, strangely affecting.”—The New York Times Book Review

“Wolfe is a peerless observer, a fearless satirist, a genius in full.”—People

Available wherever Bantam Books are sold

Tom Wolfe’s numerous books include The Electric Kool-Aid Acid Test, The Right Stuff, From Bauhaus to Our House, The Bonfire of the Vanities, A Man in Full, and I Am Charlotte Simmons. He died in 2018.
Loading...
or support indie stores by buying on