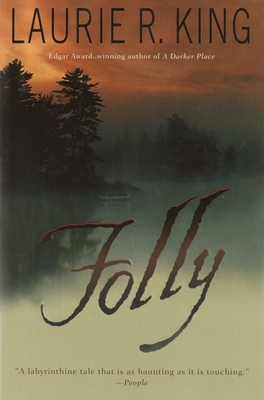 An acclaimed master of suspense creates a heroine you will never forget in this superbly chilling novel of a woman who begins a desperate undertaking that may transform her life--or end it.

WHAT HAPPENS IF YOUR WORST FEARS AREN’T ALL IN YOUR MIND?

Rae Newborn is a woman on the edge: on the edge of sanity, on the edge of tragedy, and now on the edge of the world. She has moved to an island at the far reaches of the continent to restore the house of an equally haunted figure, her mysterious great-uncle; but as her life begins to rebuild itself along with the house, his story starts to wrap around hers. Powerful forces are stirring, but Rae cannot see where her reality leaves off and his fate begins.

Fifty-two years old, Rae must battle the feelings that have long tormented her--panic, melancholy, and a skin-crawling sense of watchers behind the trees. Before she came here, she believed that most of the things she feared existed only in her mind. And who can say, as disturbing incidents multiply, if any of the watchers on Folly Island might be real? Is Rae paranoid, as her family and the police believe, or is the threat real? Is the island alive with promise--or with dangers?

With Folly, award-winning author LAURIE R. KING once again powerfully redefines psychological suspense on a sophisticated and harrowing new level, and proves why legions of readers and reviewers have named her a master of the genre.

"Acclaimed mystery writer King has crafted a labyrinthian tale that is as haunting as it is touching."
-- People