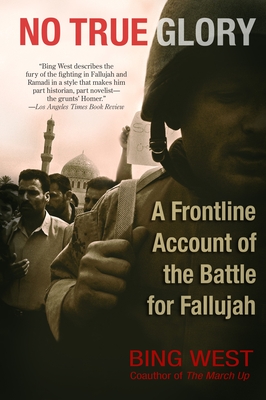 "This is the face of war as only those who have fought it can describe it."–Senator John McCain

Fallujah: Iraq’s most dangerous city unexpectedly emerged as the major battleground of the Iraqi insurgency. For twenty months, one American battalion after another tried to quell the violence, culminating in a bloody, full-scale assault. Victory came at a terrible price: 151 Americans and thousands of Iraqis were left dead.

The epic battle for Fallujah revealed the startling connections between policy and combat that are a part of the new reality of war.

The Marines had planned to slip into Fallujah “as soft as fog.” But after four American contractors were brutally murdered, President Bush ordered an attack on the city–against the advice of the Marines. The assault sparked a political firestorm, and the Marines were forced to withdraw amid controversy and confusion–only to be ordered a second time to take a city that had become an inferno of hate and the lair of the archterrorist al-Zarqawi.

Based on months spent with the battalions in Fallujah and hundreds of interviews at every level–senior policymakers, negotiators, generals, and soldiers and Marines on the front lines–No True Glory is a testament to the bravery of the American soldier and a cautionary tale about the complex–and often costly–interconnected roles of policy, politics, and battle in the twenty-first century.

Praise For No True Glory: A Frontline Account of the Battle for Fallujah…

“While many other correspondents have ventured to the front lines in Iraq, few have stayed as long as West, or brought as much knowledge of military affairs to their work. The result is a book that … features amazing accounts of heroism, brutality, perseverance, and gallows humor.”—Max Boot, The Weekly Standard

"No True Glory is the gripping account of the valor of the Marines in the fiercest urban combat since Hue. Yet, the even-handed description of the vacillation regarding policy will likely please neither some of our senior officers nor the White House."—Former Secretary of Defense, James R. Schlesinger

"No True Glory is the best book on the U.S. military in Iraq to emerge so far."—Tom Ricks of The Washington Post

“The finest chronicle of the strategy behind battle and the fighting during battle that I've ever read!"—General Carl E. Mundy, former Commandant of the Marine Corps

"A remarkably detailed, vivid firsthand account of the American military experience…. West’s focus is on the “frontline,” putting the reader at the negotiating table with U.S. military commanders and Fallujan sheiks, imams, and rebel leaders; in the barracks; and on the street, fighting hand to hand, house to house, in some of the fiercest battles of the Fallujah campaign and the Iraq war."—Booklist

“West describes the fury of the fighting in Fallujah and Ramadi in a style that makes him part historian, part novelist — the grunts' Homer.”—LA Times Book Review

“West successfully brings the war back home in all its agonizing and illuminating detail. From the combat stories of those on the ground all the way up to the White House, West [is] uniquely placed to write a chronicle of the fight. The narrative truly shines."—The Christian Science Monitor

Bing West is the author of several books, including the award-winning The March Up: Taking Baghdad with the United States Marines and the Vietnam classic The Village. He served as a Marine in Vietnam and was assistant secretary of defense under Ronald Reagan. He lives in Rhode Island. Visit his website at www.westwrite.com.
Loading...
or support indie stores by buying on