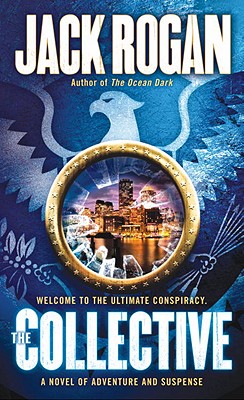 A Novel of Adventure and Suspense

The Collective is a gripping thriller from Christopher Golden, author of Tin Men, written under the pseudonym Jack Rogan.

In a quiet community outside Fort Myers, Florida, a home invasion and murder draw a crowd of Feds. No one is aware that this killing is part of a vast, chilling conspiracy. After all, the victims were just an ordinary family. Former FBI agents Josh Hart and Rachael Voss spearhead the investigation, following a trail of seemingly accidental deaths. Then, in a tranquil Boston suburb, someone comes after the seven-month-old daughter of Gulf War vet Caitlin McCandless. Cait has combat training and knowledge of a shocking secret--and she'll need both to save her daughter's life.
Voss and Hart, searching for answers only McCandless can provide, soon find themselves up against far-reaching forces, but what truly startles them is finding enemies inside their own chain of command. In a race against time, power, and secrecy, Voss, Hart, and McCandless are about to come together around an explosive truth: In America, someone is waging war against children--for the most horrifying reason of all.


Praise For The Collective: A Novel of Adventure and Suspense…

“A masterful thriller, The Ocean Dark is a big, sprawling tale that races from start to finish like an unstoppable vessel steaming full speed ahead.”—Jeffery Deaver, New York Times bestselling author of The Burning Wire

“[A] brilliant thriller . . . The Ocean Dark demands to be devoured in one sitting. . . . Read it with all the lights on in the house. You’ve been warned!”—James Rollins, New York Times bestselling author of The Doomsday Key

Jack Rogan is the author of The Ocean Dark. He teaches English and theater arts at a small private school in New England. In previous lives he has been a travel writer, a housepainter, and an amateur treasure hunter.
Loading...
or
Not Currently Available for Direct Purchase