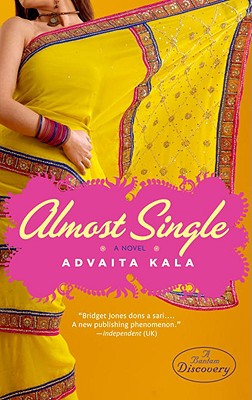 In a city where old is meeting new, daughters are surprising mothers, and love is breaking all the rules, this heartfelt and wickedly funny cross-cultural debut novel introduces a smart, irreverent young woman searching for independence and matrimony in a culture bound by tradition.

Between elegant soirees and the occasional mortifying mishap, Aisha Bhatia’s job as guest relations manager at New Delhi’s five-star Grand Orchid Hotel is intermittently fabulous—she certainly knows her wines and cheeses. But despite a life filled with good friends and first-class travel accommodations, the fact is that not many twenty-nine-year-old women in India are single—as Aisha’s mother never fails to remind her. Somewhere a clock is ticking, though as far as Aisha is concerned, it can be cheerfully drowned out by laughter over a champagne brunch. Yet when the handsomely chiseled Karan Verma arrives from New York, Aisha experiences an unexpected attitude adjustment. Karan is everything she’s ever wanted…that is, if she actually knew what she wanted. Is it possible that she’s about to find out?

Savvy, sexy, and unforgettable, Almost Single tackles the loving, exasperating tug-of-war between mothers and daughters, traditional customs and contemporary romance—and what happens when a modern Indian woman is caught in the middle.

Advaita Kala may be best described as rebellious (a result of three years spent at Welham’s), confused (after four years of a liberal arts education at Berry College, Georgia, USA), and multifaceted (having held jobs that range from being a librarian to a teppanyaki chef). After calling three countries and numerous cities home, she has finally dropped anchor in New Delhi. She enjoys music, sailing, reading and is devoted to her St. Bernard. This is her first novel.

Praise For Almost Single: A Novel…

“The internationally trendy fiction genre...popularized by Bridget Jones’s Diary and Sex and the City, now has an Indian avatar.’—Washington Post

“Endearing and charming...Just the sort of book that could make a tiresome journey bearable.” —Statesman, India

"Chick lit with an Indian twist"—Booklist

Aisha and her friends share a bond that is based on their being unmarried women in a culture where it is expected to marry young. What other bonds do they share, and how are they revealed?

What traits does this novel featuring an Indian heroine share with other popular series starring young women, such “Sex and the City” and Sophie Kinsella’s Shopaholic novels? In what ways does it differ?

At the end of the novel, Aisha is chagrined because her friends are moving on. Do you think that Aisha grows throughout the novel? In what ways?

Towards the end of the novel, Aisha’s sister confesses that she laments her early marriage because she thinks she never fully developed her identity. Do you agree that getting married later affords you a more developed sense of self, or do you think that it can work the other way around?

Sula is Aisha’s drink of choice, and it is something that she proclaims many women enjoy. The “right guys”, mainly Karan, always have a bottle of sula on-hand. What other characteristics do the “right guys” in the novel have, and how do they compare to what an American “right guy” might have?

This novel has its share of cheating men, including Aisha’s boss and the man she meets at the party, Sharad. What do you think of the way Kala portrays the scenes in which they are “caught”, and do you think that both men receive justice?

What do you think of the relationship that Aisha and Karan share? Do you think that his love for her is justified after the amount of time they’ve spent together?