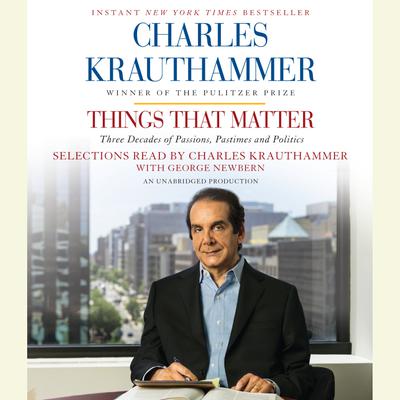 Charles Krauthammer, winner of the Pulitzer Prize, is a syndicated columnist, political commentator and physi­cian. His column is syndicated to 400 news­papers worldwide. He is a nightly panelist on Fox News’s Special Report with Bret Baier and a weekly panelist on PBS’s Inside Washing­ton. He’s a former member of the President’s Council on Bioethics and current member of Chess Journalists of America. He lives in Chevy Chase, Maryland.