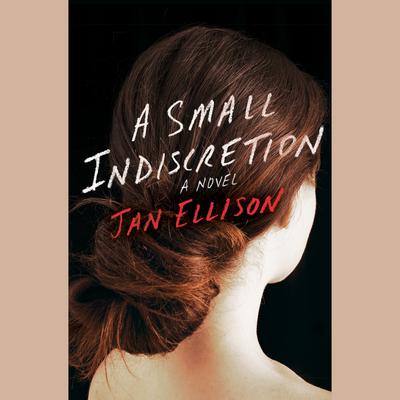 NAMED ONE OF THE BEST BOOKS OF THE YEAR BY SAN FRANCISCO CHRONICLE • With the emotional complexity of Everything I Never Told You and the psychological suspense of The Girl on the Train, O. Henry Prize winner Jan Ellison delivers a brilliantly paced, beautifully written debut novel about one woman’s reckoning with a youthful mistake.

“Part psychological thriller, part character study . . . I peeled back the pages of this book as fast as I could.”—The Huffington Post

At nineteen, Annie Black trades a bleak future in a washed-out California town for a London winter of drinking and abandon. Twenty years later, she is a San Francisco lighting designer and happily married mother of three who has put her reckless youth behind her. Then a photo from that distant winter in Europe arrives inexplicably in her mailbox, and an old obsession is awakened.

Past and present collide, Annie’s marriage falters, and her son takes a car ride that ends with his life hanging in the balance. Now Annie must confront her own transgressions and fight for her family by untangling the mysteries of the turbulent winter that drew an invisible map of her future. Gripping, insightful, and lyrical, A Small Indiscretion announces the arrival of a major new voice in literary suspense as it unfolds a story of denial, passion, forgiveness—and the redemptive power of love.

Praise for A Small Indiscretion

“Ellison is a tantalizing storyteller . . . moving her story forward with cinematic verve.”—USA Today

“Rich and detailed . . . The plot explodes delightfully, with suspense and a few twists. Using second-person narration and hypnotic prose, Ellison’s debut novel is both juicy and beautifully written. How do I know it’s juicy? A stranger started reading it over my shoulder on the New York City subway, and told me he was sorry that I was turning the pages too quickly.”—Flavorwire

“Are those wild college days ever really behind you? Happily married Annie finds out.”—Cosmopolitan

“An impressive fiction debut . . . both a psychological mystery and a study of the divide between desire and duty.”—San Jose Mercury News

“A novel to tear through on a plane ride or on the beach . . . I was drawn into a web of secrets, a world of unrequited love and youthful mistakes that feel heightened and more romantic on the cold winter streets of London, Paris, and Ireland.”—Bustle

“Ellison renders the California landscape with stunning clarity. . . . She writes gracefully, with moments of startling insight. . . . Her first novel is an emotional thriller, skillfully plotted in taut, visual scenes.”—The Rumpus

“To read A Small Indiscretion is to eat fudge before dinner: slightly decadent behavior, highly caloric, and extremely satisfying. . . . An emotional detective story that . . . mirrors real life in ways that surprise and inspire.”—New York Journal of Books

“If you liked Gone Girl for its suspenseful look inside the psychology of a bad marriage, try A Small Indiscretion. . . . It touches many of the same nerves.”—StyleCaster

Jan Ellison is a graduate of Stanford University and San Francisco State University’s MFA Program. She has published award-winning short fiction, and was the recipient of a 2007 O. Henry Prize for her first story to appear in print. Her work has also been shortlisted for Best American Short Stories and the Pushcart Prize. She lives in Northern California with her husband and their four children. A Small Indiscretion is her first book.