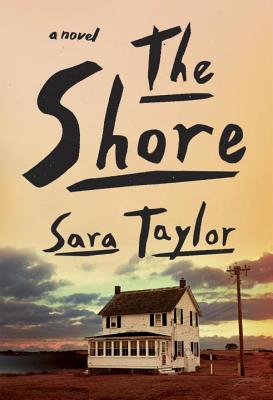 The Shore: a group of small islands in the Chesapeake Bay, just off the coast of Virginia. The Shore is clumps of evergreens, wild ponies, oyster-shell roads, tumble-down houses, unwanted pregnancies, murder, and dark magic in the marshes. Sanctuary to some but nightmare to others, it's a place that generations of families both wealthy and destitute have inhabited, fled, and returned to for hundreds of years. From a half-Shawnee Indian's bold choice to escape an abusive home only to find herself with a man who will one day try to kill her, to a brave young girl's determination to protect her younger sister as methamphetamine ravages their family, the characters in this remarkable novel have deep connections to the land, and a resilience that only the place they call home could create.

Through a series of interconnecting narratives that recalls the work of David Mitchell and Jennifer Egan, Sara Taylor brings to life the small miracles and miseries of a community of outsiders, and the bonds of blood and fate that connect them all.

Spanning over a century, dreamlike and yet impossibly real, profound and playful, The Shore is a breathtakingly ambitious and accomplished work of fiction by a young writer of remarkable promise.

Praise For The Shore: A Novel…

“A vivid exploration of the struggle for autonomy and the many meanings of what we call home.” —Eimear McBride, author of A Girl Is a Half-formed Thing

“I loved this book. Redemption and revenge thread through these tales of lives at the margins. Epic in breadth but glittering in its detail, The Shore is utterly absorbing.”—Catherine O’Flynn, author of What Was Lost

“Sara Taylor has a completely natural, unforced feel for language and voice: a remarkable debut.”—Adam Thorpe, author of Ulverton

“This is not a novel for the faint-hearted but dare to read it for the sinuous fluency of the writing.”—Maureen Duffy

"Haunting...Taylor weaves hypnotic yarns of abuse and murder, of protection and redemption...An affecting meditation on lives which are inextricably bound to the land from which they've sprung."—Bustle

"This searing debut novel…offers a promising new voice. Taylor excels at imagining outsider identities, female strength, the connection of people to place, and a world so perilous that damage and healing, brutality and resourcefulness merge.”—Publishers Weekly

"[With] a deep-rooted sense of place...The closed ecosystem of The Shore provides Taylor with an ideal setting for illuminating the course of Life over Time."—Kirkus Reviews

"An intricate, intelligent, passionate work that does not so much storm the barricades of speculative fiction as quietly subvert our expectations of what speculative fiction might be capable of... The Shore is a novel to treasure. Flawlessly written and endlessly captivating, this is the kind of book that, like a well-thumbed family album, can be endlessly re-imagined and reinterpreted, that will retain its power to enchant throughout numerous encounters."—Strange Horizons

“[Taylor] can do dark realism as well as she can the magic kind – in fact, she seems able to do most things. This debut is a testament to an exuberant talent and an original, fearless sensibility. It’s also enormous fun to read.”—The Guardian (UK)

“[A] remarkable first novel…Taylor is a terrific storyteller with a flawless narrative voice and, as a portrait of the impoverished rural South, this novel is a real achievement. .. The Shore is a mesmerizing, powerful read."—The Times (UK)

"Outstanding…[The] show-stopper of a start is followed by twelve interlinked narratives which hop around more than two and a half centuries. Taylor cannot be faulted for exciting subject matter…Taylor has a flair for prose which brings her dramatic scenarios to life. Mostly her description is understated, fleshed out every so often with imaginative tropes. She is also blessed with an effortlessly intimate and engaging narrative voice…A tremendous debut novel featuring writing which is unusually evocative, often hauntingly so. The prospect of more to come from Taylor is exciting."--Independent on Sunday (UK)

"This ambitious and magical novel is made all the more remarkable by its muscular prose redolent with atmosphere."-- Daily Mail (UK)

"Steel yourself for The Shore, a debut novel which follows two families over a century and a half…Taylor is a beautiful writer, exceptionally talented in fact, and brings us lyrically into the hearts of each of her many characters."--Irish Independent

"A startling debut…This brutal, compelling novel uses the harshness of such landscape, marked by that relentless clash between ocean and shore, to explore and make sense of inner and far more damaged territories…The first chapter, Target Practice, gets proceedings underway in fine style, with an intriguing plot, assured narrative voice, a great opening hook and an explosive finale…Sara Taylor is a precocious talent…She seems set for a stellar literary career."--Irish Examiner

Born in rural Virginia, Sara Taylor is the author of The Shore, which was long listed for the Baileys Women's Fiction Prize and shortlisted for the Guardian First Book Award and the Sunday Times Young Writer of the Year.
Loading...
or
Not Currently Available for Direct Purchase