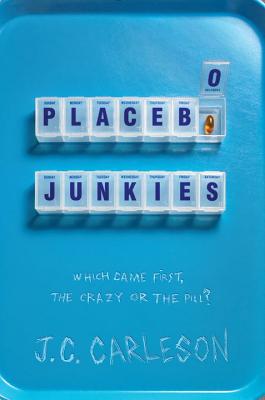 Meet Audie: Professional lab rat. Guinea pig. Serial human test subject. For Audie and her friends, volunteering for pharmaceutical drug trials means a quick fix and easy cash.
Sure, there's the occasional nasty side effect, but Audie's got things under control. If Monday's pill causes a rash, Tuesday's ointment usually clears it right up. Wednesday's injection soothes the sting from Tuesday's cure, and Thursday's procedure makes her forget all about Wednesday's headache. By the time Friday rolls around, there's plenty of cash in hand and perhaps even a slot in a government-funded psilocybin study, because WEEKEND
But the best fix of all is her boyfriend, Dylan, whose terminal illness just makes them even more compatible. He's turning eighteen soon, so Audie is saving up to make it an unforgettable birthday. That means more drug trials than ever before, but Dylan is worth it.
No pain, no gain, Audie tells herself as the pills wear away at her body and mind. No pain, no gain, she repeats as her grip on reality starts to slide. . . .
Raw and irreverent, Placebo Junkies will captivate readers until the very end, when author J. C. Carleson leans in for a final twist of the knife.

J. C. CARLESON is a former undercover CIA officer who has navigated war zones, jumped out of airplanes, and worked on the frontlines of international conflicts. She now writes when she s not traveling the globe with her husband and two young sons. Her previous publications include The Tyrant s Daughter, Cloaks and Veils, and Work Like a Spy: Business Tips from a Former CIA Officer."
Loading...
or
Not Currently Available for Direct Purchase