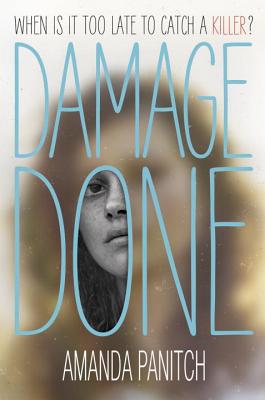 "In the vein of E. Lockhart’s We Were Liars and Gillian Flynn’s Gone Girl, Panitch’s novel delivers a heart-pounding, emotionally charged story." --SLJ

22 minutes separate Julia Vann's before and after.

Before: Julia had a twin brother, a boyfriend, and a best friend.

After: She has a new identity, a new hometown, and memories of those twenty-two minutes that refuse to come into focus. At least, that's what she tells the police.

Now that she's Lucy Black, she's able to begin again. And her fresh start has attracted the attention of one of the hottest guys in school, a boy who will do anything to protect her. But when someone much more dangerous also takes notice, Lucy's forced to confront the dark secrets she thought were safely left behind.

One thing is clear: The damage done can never be erased. It's only just beginning. . . .

In this deliciously twisted contemporary thriller, family can be a real killer. For fans of We Were Liars and readers who love unique multiple perspectives that leave clues like breadcrumbs until they reach the stunning conclusion.

"The closest we're going to get to a YA Gone Girl. . . . I was shocked and delightfully appalled by the twist and what followed. (Just read it; it's disturbingly wonderful, especially for YA.)" --Entertainment Weekly

"Exceedingly clever and surprisingly unsettling, Damage Done is an unforgettable read." --Melissa Marr, New York Times bestselling author of Made for You

"In her incredible debut novel, Amanda Panitch leaves you on the edge of your seat. Prepare to be stunned. Prepare to be torn apart." --Roxane Gay, New York Times bestselling author of Bad Feminist

"A real page-turner. . . . Nothing can prepare readers for its bombshell ending."
--New York Daily News

"A brilliant thriller. Gillian Flynn for the YA set." --Amy Christine Parker, author of Gated

"If you're a fan of shows like Pretty Little Liars or Revenge, give this book a try." --Bustle.com

AMANDA PANITCH grew up next to an amusement park in New Jersey and went to college next to the White House in Washington, DC. She now resides in New York City where she works in book publishing by day, writes by night, and lives under constant threat of being crushed beneath giant stacks of books. Visit Amanda online at amandapanitch.com and follow her on Twitter @AmandaPanitch.
Loading...
or
Not Currently Available for Direct Purchase