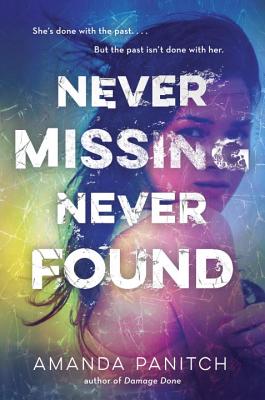 A juicy thriller about a girl who returned from the missing. . . . Hand to fans of We Were Liars, Bone Gap, and Vanishing Girls.

Some choices change everything. Scarlett chose to run. And the consequences will be deadly.

Stolen from her family as a young girl, Scarlett was lucky enough to eventually escape her captor. Now a teen, she's starting a summer job at an amusement park. There are cute boys, new friends, and the chance to finally have a normal life.

Her first day on the job, Scarlett is shocked to discover that a girl from the park has gone missing. Old memories come rushing back. And now as she meets her new coworkers, one of the girls seems strangely familiar. When Scarlett chose to run all those years ago, what did she set into motion? And when push comes to shove, how far will she go to uncover the truth . . . before it's too late?

"Panitch tells a harrowing story of captivity, survival, and the pursuit of hope. . . . A jaw-dropping final twist gives way to a surprising, satisfying conclusion to this tense, clever thriller." --Publishers Weekly, Starred Review

"Don't start the last fifty pages without time to finish this absorbing thriller." --The Bulletin

AMANDA PANITCH grew up next to an amusement park in New Jersey and went to college next to the White House in Washington, D.C. She now resides in New York City, where she works in book publishing by day, writes by night, and lives under constant threat of being crushed beneath giant stacks of books. Visit Amanda online at amandapanitch.com and follow her on Twitter at @AmandaPanitch.
Loading...
or
Not Currently Available for Direct Purchase