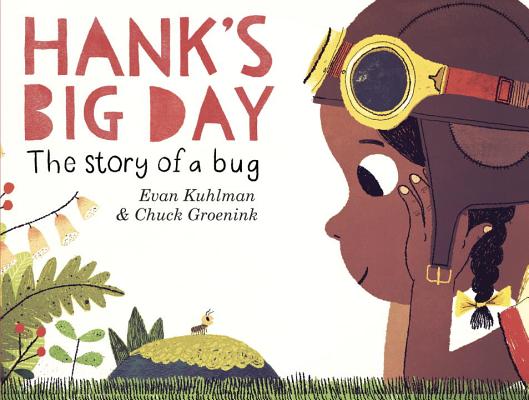 The Story of a Bug

Perfect for reading aloud, this spare, charming picture book about a day in the life of a pill bug in suburbia is also about an unusual friendship.

Hank is a pill bug with a busy life—for a pill bug, that is. His daily routine involves nibbling a dead leaf, climbing up a long stick, avoiding a skateboarder, and playing pretend with his best friend, a human girl named Amelia, in her backyard. And when day is done, Hank likes nothing better than returning home to his cozy rock.

Praise For Hank's Big Day: The Story of a Bug…

“The energy of art and text move seamlessly down to nighttime—and a young reader’s nap or bedtime. Excellent layout, text, and illustrations make for a thoroughly satisfying story.”—Kirkus Reviews starred review

"A striking aspect of the dynamic digital artwork is the shifting sense of scale, which demonstrates clearly that size is a relative concept. An eye-catching picture book with an intrepid little hero."— Booklist starred review

"Big, it seems, doesn’t need to refer to revelations, drama, or physical size; it can speak instead to the significance of having a friend who is deeply simpatico."— Publishers Weekly starred review

Evan Kuhlman is the author of the middle-grade novels Brother from a Box, The Last Invisible Boy, and Great Ball of Light and of Wolf Boy, the highly lauded novel for adults. He lives in Ohio. Visit him at authorevankuhlman.wordpress.com.

Chuck Groenink has illustrated several picture books, among them Rufus the Writer by Elizabeth Bram, Santa Clauses by Bob Raczka, The Backwards Birthday Party by Tom Chapin and John Forster, and Under a Pig Tree by Margie Palatini. Born and raised in the Netherlands, he now lives and works in the Hudson Valley, New York. Learn more at ChuckGroenink.com.
Loading...
or
Not Currently Available for Direct Purchase