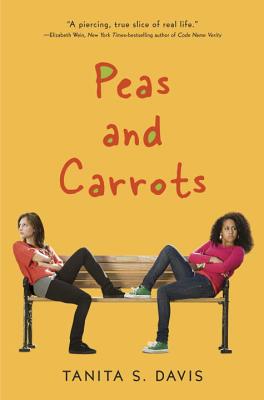 A rich and memorable story from a Coretta Scott King honor award-winning author about a teenage foster girl looking for a place to call home.

Dess knows that nothing good lasts. Disappointment is never far away, and that’s a truth that Dess has learned to live with.

Dess’s mother’s most recent arrest is just the latest in a long line of disappointments, but this one lands her with her baby brother’s foster family. Dess doesn’t exactly fit in with the Carters. They’re so happy, so comfortable, so normal, and Hope, their teenage daughter, is so hopelessly naïve. Dess and Hope couldn’t be more unlike each other, but Austin loves them both like sisters. Over time their differences, insurmountable at first, fall away to reveal two girls who want the same thing: to belong.

Tanita S. Davis, a Coretta Scott King Honor winner, weaves a tale of two modern teenagers defying stereotypes and deciding for themselves what it means to be a family.

Tanita S. Davis was nominated for an NAACP Image Award for Mare's War, which was a Coretta Scott King Honor Book. Her most recent novel, Happy Families, was praised by Kirkus Reviews as "warmly drawn; a valuable conversation-starter."

Tanita was a foster sister from the age of nine until she graduated from college, when her parents adopted the last two babies, and retired. A native San Franciscan, Tanita currently lives in Northern California with David Macknet and a houseful of books.
Loading...
or
Not Currently Available for Direct Purchase