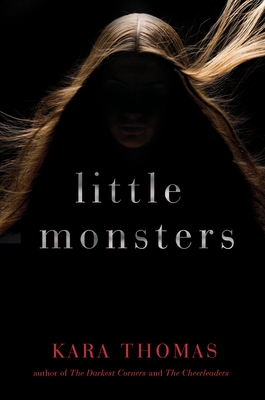 For fans of Pretty Little Liars, comes a psychological thriller, from the author of The Cheerleaders, about about how when you're the new girl in town, you can't trust anyone, especially other teenage girls.

Kacey is the new girl in Broken Falls. When she moved in with her father, she stepped into a brand-new life. A life with a stepbrother, a stepmother, and strangest of all, an adoring younger half sister.

Kacey's new life is eerily charming compared with the wild highs and lows of the old one she lived with her volatile mother. And everyone is so nice in Broken Falls--she's even been welcomed into a tight new circle of friends.

Which is why it's so odd when her closest friends, Bailey and Jade, start acting distant. And when they don't invite her to the biggest party of the year, it doesn't exactly feel like an accident.

But Kacey will never be able to ask, because Bailey never makes it home from that party. Suddenly, Broken Falls doesn't seem so welcoming after all--especially once everyone starts looking to the new girl for answers.

"An intense psychological thriller that all but ensures the lights will be left on between dusk and dawn."-Publishers Weekly

"A twisted story of obsession and manipulation, Little Monsters captivated me right up to its surprising conclusion—and left me wondering how well I really know my friends."-Chelsea Sedoti, author of The Hundred Lies of Lizzie Lovett

"Gripping from start to finish, The Darkest Corners took me into an underbelly I didn't know existed, with twists that left me shocked and racing forward to get to the end."-Victoria Aveyard, #1 New York Times bestselling author of Red Queen

“As dark as Gillian Flynn and as compulsive as Serial…Kara Thomas’s mystery debut is intricate, chilling, and deeply compelling. Unforgettable!”—Laura Salters, author of Run Away

Kara Thomas has written for everything from her high school newspaper to Warner Bros. Television. She is a true-crime addict who lives on Long Island with her husband and rescue cat. She is the author of The Darkest Corners, Little Monsters, The Cheerleaders, and That Weekend. To learn more about Kara and her books, visit her at kara-thomas.com or follow @karatwrites on Twitter and Instagram.
Loading...
or support indie stores by buying on