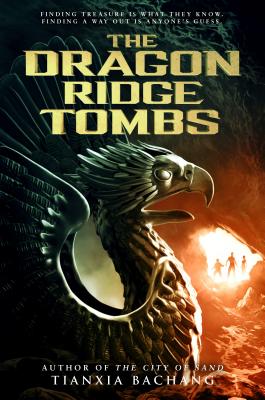 The second book in China's multimillion-copy bestselling series takes readers on a treacherous journey to the depths beneath a mountain range, where ancient tombs are certain to contain riches but also rumored to be guarded by merciless supernatural forces.

Self-proclaimed gold hunter Tianyi, who has excellent feng shui skills, along with his best friend, Kai, and a shady antiques dealer called Gold Tooth, have traveled all the way from Beijing to Gulan in search of treasure in ancient tombs. But what they think will be a simple grab-and-go of loot turns into trouble when they are faced with a perplexing labyrinth of tunnels full of unexpected obstacles, traps, and deadly creatures that thwart their advancement, as well as their escape. As if that weren't enough, the return of their American friend Julie Yang, with whom they faced perils on a previous expedition, leads to a startling discovery--one tied to both China's ancient past and the Yang family's history, and one that could very well be the death of them all.

Translated from the Chinese by Jeremy Tiang, whose recent work includes NEVER GROW UP, the translation from Chinese of the autobiography from action movie superstar Jackie Chan.

ABOUT THE AUTHOR:
Born in Tianjin in 1978, the year China's reforms began, TIANXIA BACHANG (the pen name of Zhang Muye) is a child of the new China. His careers have been many and varied, a winding path of self-discovery that would never have been open to his parents' generation. An avid gamer, his pen name comes from his online avatar, and his stories have been bestsellers within the gaming community. The Dragon Ridge Tombs is his second book to be translated into English; the first was The City of Sand.

ABOUT THE TRANSLATOR:
Jeremy Tiang has translated more than ten books from Chinese, including NEVER GROW UP, the autobiography from action movie superstar Jackie Chan, as well as novels by Zhang Yueran, Wang Jinkang, Yeng Pway Ngon, and Chan Ho-Kei, and his been awarded a PEN/Heim Grant, an NEA Literary Translation Fellowship, and a Henry Luce Foundation Fellowship. He also writes and translates plays. Jeremy Tiang lives in Brooklyn, New York.